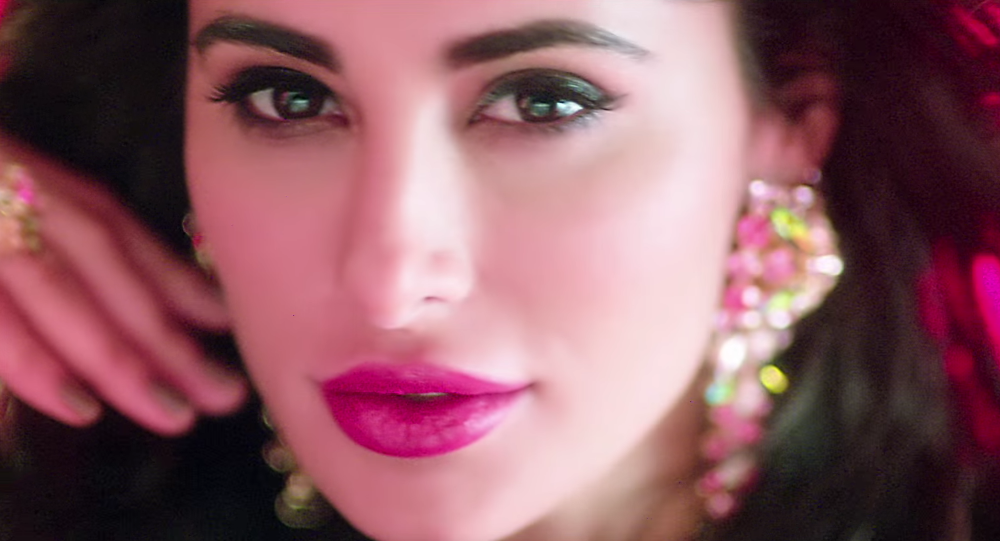 [tps_footer]Nargis Fakhri who will essay the role of Sangeeta Bijlani in the film ‘Azhar’ has set the glamour quotient high with her song Oye Oye. Emraan Hashmi and Prachi Desai starrer film ‘Azhar’ is much awaited by the masses for its intriguing subject. The film is a biopic on cricketer Mohammad Azharuddin. The first glimpse of the movie is adored by the audience and after the few songs, the party number Oye Oye has just released.

Nargis Fakhri is seen in a sizzling avatar in the revised version of the song Oye Oye. The actress is seen dancing on ‘Tridev’s hit track which originally starred Sangeeta. The song is surely going to take you back in time. The fantastic revised version is promising to the core with Nargis flaunting her élan and charm.

The track not only includes Fakhri’s sharp dance moves but also depicts Emraan Hashmi’s character’s awkwardness. Emraan who will play the central character of Azharuddin has come to the theater to watch a movie with first wife Naureen (played by Prachi Desai). It is very well known that Azharuddin falls in love with Sangeeta eventually, which is depicted in the movie too.

The film is going to be filled with controversies and also includes the much talked about match fixing scandal. Oye Oye track is crooned by Aditi Singh Sharma and Armaan Malik. The track is revised by DJ Chetas.