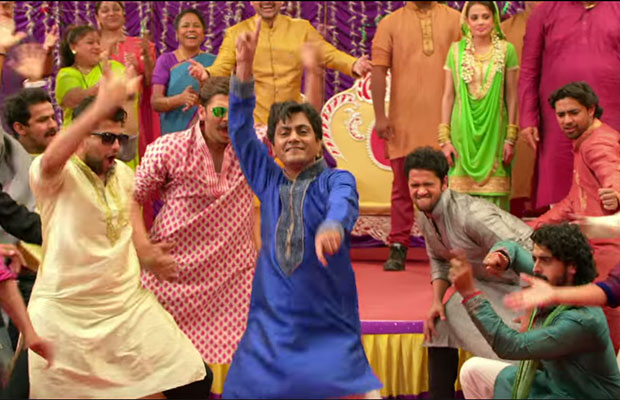 [tps_footer]The most talented and versatile Bollywood actor Nawazuddin Siddiqui is all set with his another power packed performance in his next Freaky Ali, presented by Salman Khan and directed by Sohail Khan. The trailer of the film was released earlier this month and the audience is already excited to watch the film as Nawazuddin will be seen in never seen avatar.

The hilarious and amazing trailer has already impressed the audience but fans have more of surprises from Nawzzudin Siddiqui. The actor will be seen shaking a leg in Freaky Ali, which he has never done in any other film. The actor, who has never danced in any of his films, will be grooving for the first time, choreographed by Rajeev Surti. The song goes lyrics goes like, “Din mein karenge jagrata..”. You don’t believe? Watch the entertaining video song below!

Freaky Ali is an inspirational film of an underdog who becomes a game changer, a poor man who takes on a rich man’s sport- golf. This Indian comedy-sports Hindi film directed, produced and written by Sohail Khan , dialogue by Raaj Shaandilyaa and presented by Salman Khan.