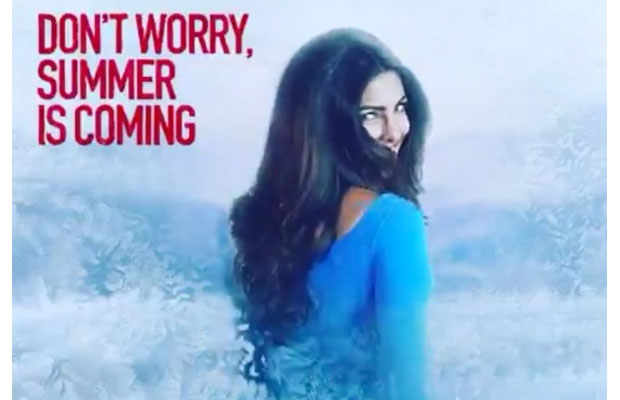 Bollywood’s Hollywood icon and style sensation, Priyanka Chopra is killing it worldwide. And seems Quantico wasn’t enough for her. PC is all set to freeze the summer with her sensational look in her Hollywood debut. If you missed out the earlier posters, you must know that they leafed out the famous line from Game of Thrones, Winter is coming from Game of Thrones and used it as Summer is coming. Well! The twisted tagline is highly relatable as we actually cannot wait for the summer to come as the latest buzz shared by the actress seems to be very tempting.

Priyanka Chopra, is freezing all the fun for Dwayne, Zac and other at the beach. The Fashion actress shared a video and captioned it as, “Here’s a free lesson for all the rookies: She’s as dangerous as they come… don’t fall for her charm. #SummerIsComing #BeBaywatch”

Here’s a free lesson for all the rookies: She’s as dangerous as they come… don’t fall for her charm. #SummerIsComing? #BeBaywatch pic.twitter.com/mTqcdrt33v

Well! It will be easy for the fans to not fall only when the glam diva stops sharing such sizzling updates about the film.

Priyanka Chopra’s popularity has won her a great success in such a short span of time. Just within two years of Quantico, the actress won the Poeple’s choice award and that is something the country is really proud of. Perhaps, this seems to be the biggest reason why the Baywatch makers decided to extend her role in the film knowing PC will be an eye catchy contributor in the film.

Priyanka Chopra recently returned to New York and posted a picture of her the airport. She also hashtagged Baywatch and the night shoot. Sources told that the actress and the entire cast had already wrapped up. Then what is the shoot for? Well! Possibly could be some addition that we’re unaware of. Anyway, we’ll get into the depth of that as we know what is it for. There are already many exciting things that are keeping us stuck to the buzz. Till then let’s wait for more.

Also Watch Video: From Taking A Shower With Her Partner To Have Kissed Her Ex, Priyanka Chopra Reveals Everything!