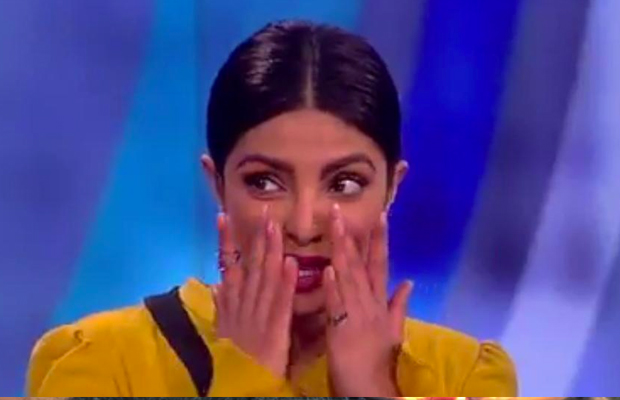 As we all know, Priyanka Chopra has emerged as the most well-known Indian faces recognized in Hollywood. The actress has been appearing on too many American chat shows off late. After being on talk shows like The Tonight Show Starring Jimmy Fallon, The Ellen DeGeneres Show, Jimmy Kimmel Live and Stephen Colbert’s “The Late Show”, Priyanka Chopra recently co-hosted American talk show “The View”.

During the show, the Bajirao Mastani actress opened up about her life struggles, how she was body shamed by a producer and much. She even interviewed actor Dev Patel, who has been nominated for an Oscar this year for his film, “Lion”. While the women anchors shared their perception of how people look at other people in a certain way, Priyanka Chopra shared her story.

She said, “Before I became an actor, I met a producer about the possibility of acting. I was a beauty pageant winner at that time, Miss World. And he said that everything was wrong about me. He said my nose was not proportionate, the shape of my body was not proportionate.”

.@PriyankaChopra shares her story about body critics: “He said everything was wrong about me.” pic.twitter.com/BiPW8zV4of

That’s when one of the hosts interrupted saying, “Is that your original nose?”

PeeCee’s reply left everyone in splits as she confirmed, “Yes, this is my original nose!”

Priyanka also interviewed Dev Patel and asked him how being an Indian affected him and his work. Patel replied by saying when he visited India at 17 years old to film Slumdog Millionaire with Danny Boyle, his idea about the country changed. “Every preconceived notion completely was turned on its head. I fell in love,” he said.