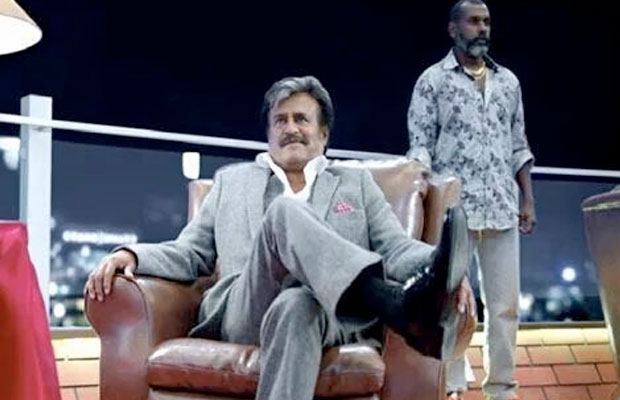 [tps_footer]No superstar, no actor can take his place when it comes to acting as well as fan following. Yes, we are talking about South superstar Rajinikanth. The makers of Rajinikanth’s upcoming Tamil action-drama “Kabali” unveiled the much-awaited teaser of the song “Neruppu Da” and it has taken the Internet by storm. In just 24 hours of release, the teaser video has crossed 1 million views and well, why not when it’s all about superstar Rajinikanth.

The teaser song sees the superstar in a stylish avatar and it has left us awestruck by the way Rajinikanth has magically left everyone amazed once again after a long time. Rajinikanth is seen in three different avatars in the song, first as a young man, then a little older, and finally, in the snowy-haired avatar. The 35 seconds teaser attends with Rajinikanth announcing like a boss, “Tell him I have come. That I have come back!”

Talking about the film, alongside Thalaivar, the film also stars Radhika Apte, Dhansika, and Winston Chao. “Kabali,” is written and directed by Pa Ranjith and produced by Kalaipuli S Dhanu. The film is slated to release this year on July 15.

Here’s how Twitterati have reacted to the teaser song: 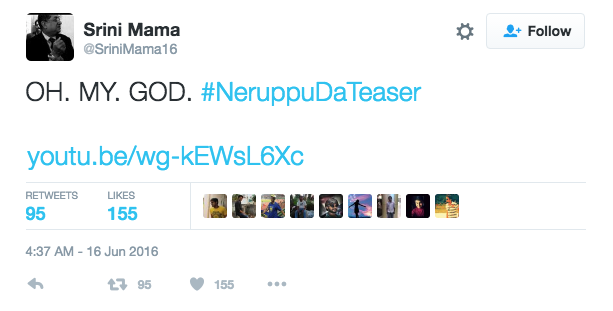 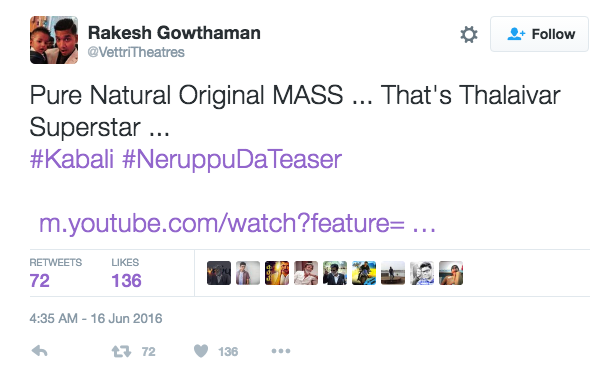 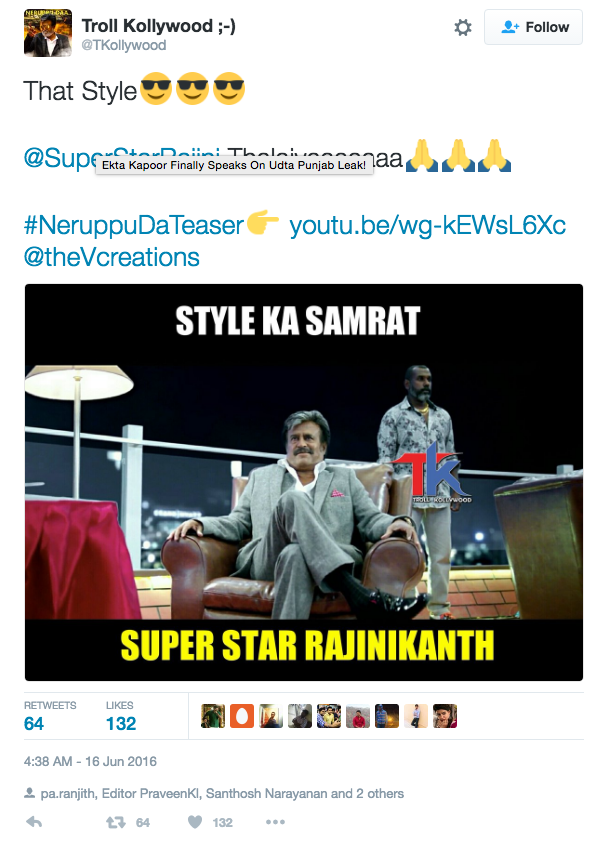 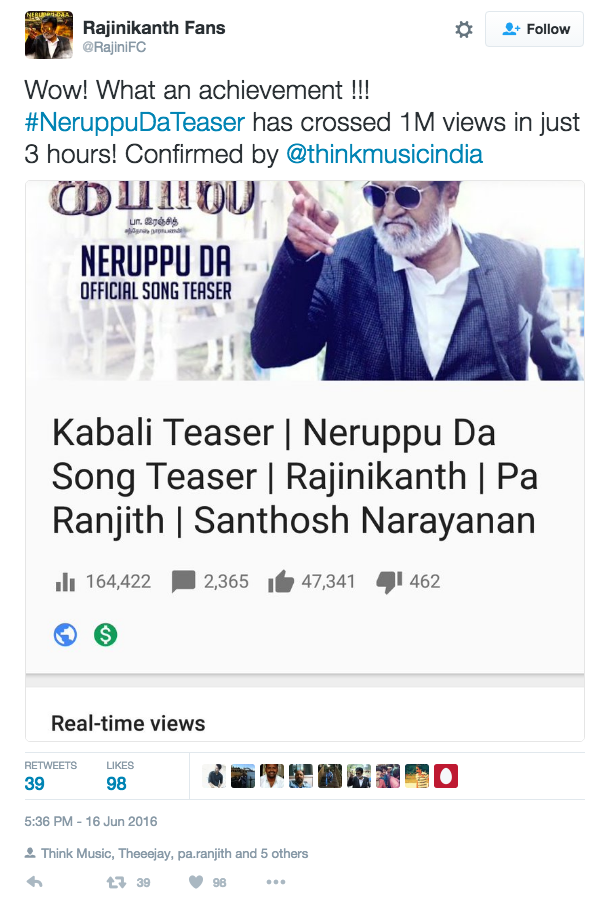