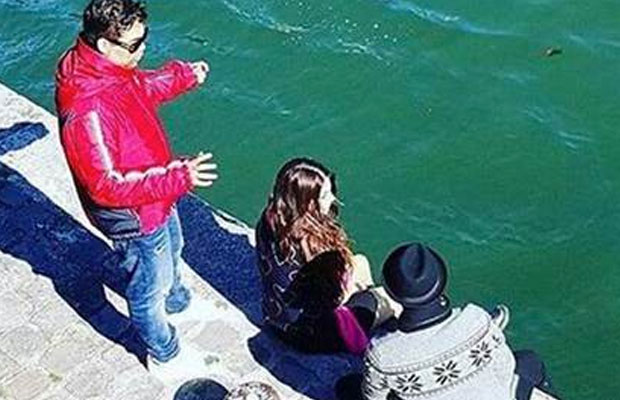 The Kapoors’ have always been the romantic family of our industry; the family has given us some of the most loved, fantasized and good looking chocolate boys of their era. There is a long list of fathers, grand-fathers and sons who have descended the family ladder and made a name for themselves in the industry. One of the most famous romantic hero from the family line of Kapoors’ who particularly charmed the ladies of his time with his looks, his charm, his voice and his lover boy image, we are talking about none other than ‘Shammi Kapoor’.

Shammi Kapoor was the ideal romantic chocolate boy of his time and he is remembered by his directors and fans for some of the most amazing love songs that became blockbusters. One particular movie and its song that we all remember and love was ‘An Evening in Paris’, where he danced in the picturesque locations of Paris with many firang girls. Looks like history is about to repeat itself and we will have his nephew Ranbir Kapoor try to impersonate the song at the same location with Anushka Sharma for Karan Johar’s ‘Ae Dil Hai Mushkil’.

If sources are to be believed, Ranbir is set to dance on the same song at the same location with Anushka for a romantic scene. We will soon see him in ‘Tamasha’, which is one of the most awaited films of the year. The poster of the Ranbir Kapoor–Deepika Padukone starrer film has been revealed. Looking their magnificent best, Ranbir and Deepika are surely nailing their spontaneous image on the poster.

Ranbir Kapoor, we wish you all the luck for your upcoming ventures.