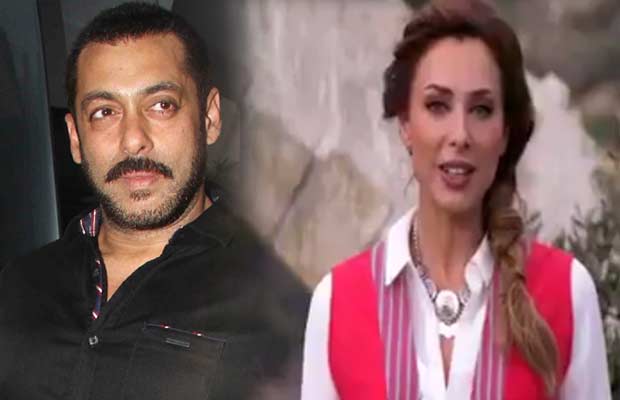 [tps_footer]Bollywood actor Salman Khan has always been in limelight for his alleged relationships. Though Salman Khan has never confirmed about his secret relationship with Iulia, the two have given enough of proof to the onlookers during the actor’s 50th birthday, last year.

Recently, everybody was wondering on Iulia Vantur’s absence at Arpita Khan Sharma’s baby shower event. Well, we let you all know that the Romanian beauty is currently in Europe, Cyprus for the shooting of a television reality show ‘Ferma Vedetelor’. The show is based on a group of celebrities living together twenty-four hours a day in a Farm, isolated from the outside world. Reportedly, the similar format show will be done this year in India too.

Salman Khan who could hardly wait to share about his alleged girlfriend Iulia Vantur‘s show, took to his twitter handle to share a clip of Iulia talking in Romanian language.

Well, after a long time Salman Khan has once again got Iulia Vantur in limelight. The two were last seen together on Salman Khan’s private chalet, in Lonavala, while the actor was shooting for Bigg Boss 9 show.

Nevertheless, the two surely look cute together! During Salman Khan’s 50th birthday, Iulia also grabbed all the limelight, which again raised many questions on Salman Khan and Iulia’s secret relationship. The two met for the first time in Romania, when the actor was on recce with brother Sohail Khan for their film, Jai Ho. The two spent time together, and well, rest is the history.[/tps_footer]