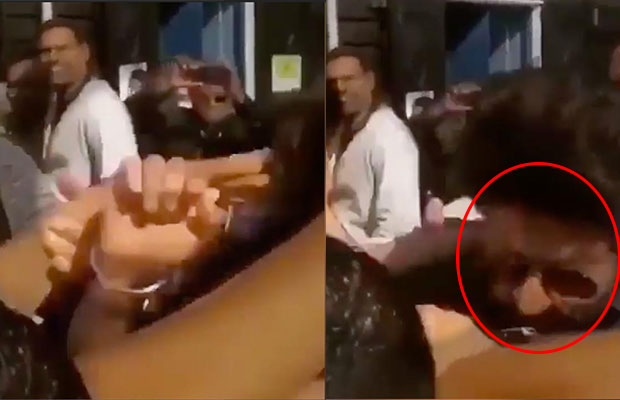 Shah Rukh Khan is currently shooting in Amsterdam for Imtiaz Ali’s tentatively titled, The Ring. They completed their first shooting schedule in Prague long back. Well, it is known that King Khan has a major international fan following. So when he got down on the streets of Amsterdam to shoot, he was mobbed many times by his fans there. We’ve also seen several pictures and videos of SRK getting surrounded by his admirers on the foreign land. Well, looks like SRK had a very bad experience recently when he was again surrounded by his fans. One of his fans hit the superstar when he was walking towards his car.