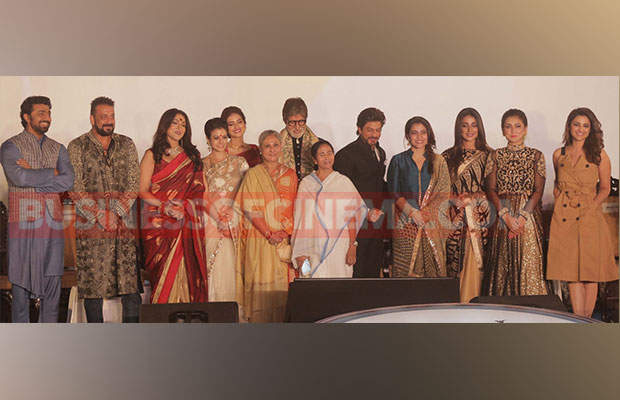 After MAMI Film Festival 2016, Bollywood celebrities and moviegoers have geared up for Kolkata International Film Festival. The 22nd edition of KIFF saw eminent personalities including Amitabh Bachchan, Jaya Bachchan, Shah Rukh KIhan, Kajol, Parineeti Chopra, Sanjay Dutt among others in Kolkata. One of the highlights of the evening was Shah Rukh Khan’s speech in Bengali.

Before starting his speech in Bengali, Shah Rukh Khan expressed his fears saying, “I will get spanked by the end of the evening, hundred percent, by Jaya aunty for sure, because I promised you (Jaya Bachchan) I will speak in Bangla tonight, so I am going to give it a shot.”

CLICK NEXT TO SEE PHOTOS FROM THE STAR-STUDDED EVENING!