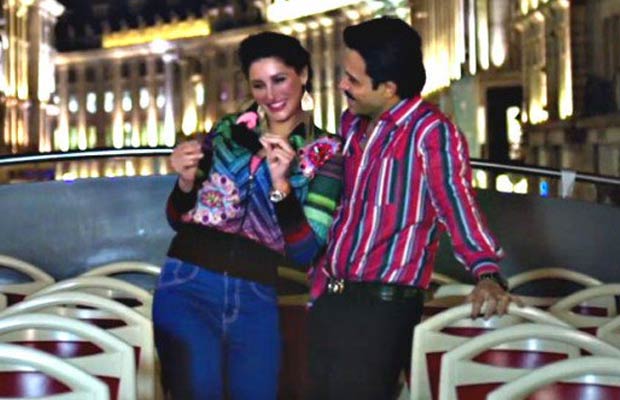 [tps_footer]The first romantic song ‘Bol Do Na Zara’ featuring Emraan Hashmi and Nargis Fakhri from film ‘Azhar‘ is out and it’s totally breathtaking with beautiful scenic locations. The most romantic song of the film, which is sung by Armaan Malik and composed by Amaal Mallik in the lyrics of Rashmi Virag, showcases the blossoming romance between Emraan Hashmi and Nargis Fakhri.

Apart from the sizzling chemistry and romance between the two stars in the film, the video showcases Emraan and Nargis in retro avatars riding bicycle amidst beautiful lavender fields. ‘Bol Do Na Zara‘ is shot beautifully in London and it’s a soothing, romantic heart touching track. The song revolves around the budding romance between Emraan-Nargis aka Azhar & Sangeeta Bijlani.

Azhar is based on incidents and facts of the former Indian international cricketer Mohammad Azharuddin, who ended up becoming the country’s most controversial sportsman due to allegations made on match fixing and his love affairs with actress Sangeeta Bijlani (played by Nargis Fakhri).

The movie will draw a sketch of Azharuddin’s career and also, his personal life. Nargis will be seen as Emraan Hashmi’s (Mohammad Azharuddin) second wife Sangeeta Bijlani in the movie. Directed by Tony D’Souza,Azhar is produced by Shobha Kapoor, Ekta Kapoor & Sony Pictures Networks. The film is scheduled to release on May 13, 2016.