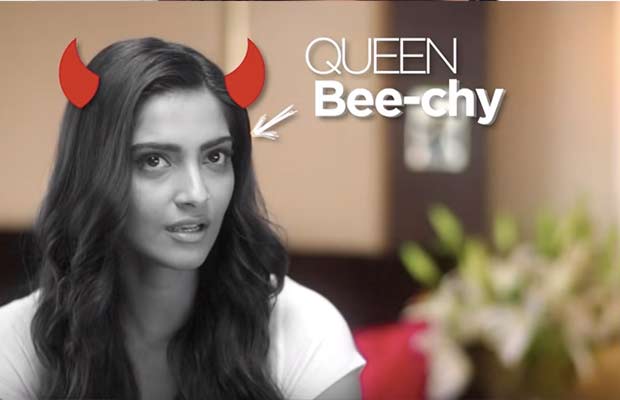 The ‘Khoobsurat’ actress who will be seen with Salman Khan in their upcoming film ‘Prem Ratan Dhan Payo’, has admitted for the first time to having many break ups in her life. One can watch Sonam Kapoor advising all the women that they should not be scared of break ups. The actress is seen revealing about her past too.

Sonam Kapoor says, “Break ups are so liberating… The first one was easy. We were young, stupid and immature… Basically, what I am saying is that if you’re in a really messy relationship, break the f*** Up.”

Well, its good for Sonam who was reportedly dating director Punit Malhotra, that she has spoken her mind out for the first time. Sonam Kapoor also took to her twitter handle to share the link of the video captioned as, “Have you taken my advice!! Get rid of the old and embrace the new

The video at the end reads: “Watch Sonam Kapoor spill the beans on her break-ups on September 18.”

Well, now we can’t wait to catch the full video where the actress will be revealing much more about her secrets and past! Are you all ready to hear about it?

Also we hear that the actress stated in the interview recently that she is letting go off all the bad things that make her unhappy; whether it’s relationships or bad habits.

On the work front, Sonam Kapoor who made her Bollywood debut with Salman Khan in “Saawariya”  (2007) is all excited and is feeling great to reunite with Salman after a long gap of six years. The duo will be seen romancing each other after six years in their upcoming film ‘Prem Ratan Dhan Payo’, directed by Sooraj Barjatya. The film is slated to release on November 12, 2015.