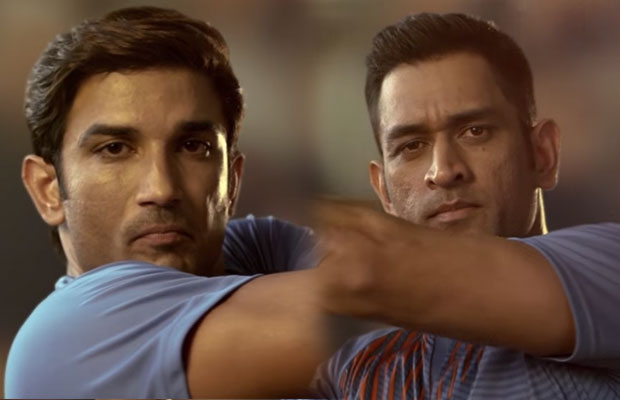 This new video from the makers of M.S Dhoni – The Untold Story is a glimpse of years of hardwork compiled in merely 20 seconds!

The video features Dhoni lifting his bat to hit it off, the move transform Dhoni into reel life Dhoni aka Sushant in a swipe.

Lasting for nearly 20 seconds, the video is a product of years of hardwork combined in a frame.

The makers of M.S Dhoni, have painstakingly put together the life story of the ace Indian skipper and nurtured its content to be showcased in Dhoni’s biopic.

Sushant Singh Rajput was roped in to feature as the reel life Dhoni and the actor has left no stone unturned to get into his character.

The video is a precise transition of Real to Reel which is sure to give you goosebumps!

Produced by Fox Star Studios and Inspired Entertainment, Directed by Neeraj Pandey, the film features Sushant Singh Rajput in the leading role as Dhoni, Kiara Advani as Sakshi Dhoni in addition to Disha Patani and Anupam Kher in pivotal roles.