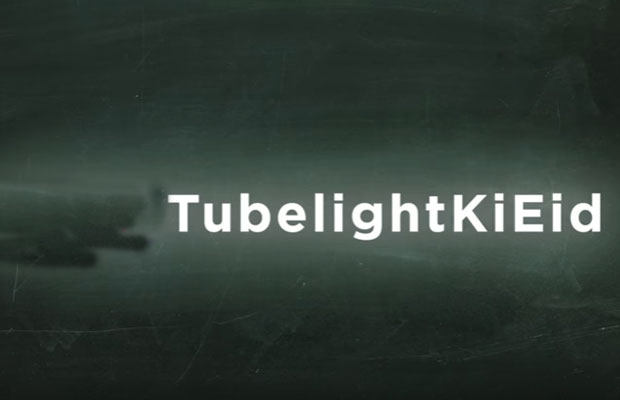 Though no visuals, this is the cutest promotional teaser ever shown in a unique way. Yes, the first promotional teaser of Salman Khan’s much-talked film Tubelight is finally out. The teaser highlights film’s name with little kids excitedly shouting, “Jal Jaa…Jal Jaa” and it sounds truly adorable. The teaser has already left us excited for the trailer that will be out soon next month.

Tubelight sees Salman Khan’s third collaboration with his close friend and filmmaker Kabir Khan. Tubelight is based on 1962 Sino-Indian War and going by the recent teaser, and as the title suggests, Tubelight has a connection with little kids.

While Kabir Khan’s Tubelight is high on expectations and has raised the curiosity among the audience, Salman Khan has done something very unexpected for the film’s promotion. Recently, Kabir and Salman were brainstorming for their film’s promotional strategy. The duo came up with a unique idea.

The Sultan actor didn’t want to get trained kids and wanted to give an opportunity to the little kids who were not trained in the same field. The kids are ranging from 6 to 11 years and were taken to the Studio for the recording. The Being Human star trained and explained to each of them about recording voiceovers technically.

Watch the teaser before: