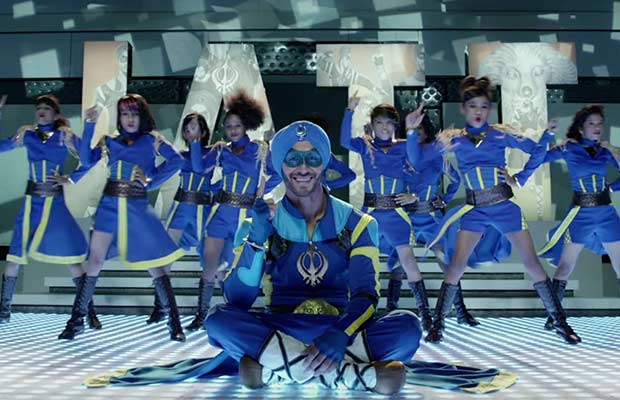 [tps_footer]Tiger Shroff will flaunt his superhero avatar in his upcoming film ‘A Flying Jatt’. The film also stars actress Jacqueline Fernandez in a lead role opposite Tiger. After the trailer of the film, the first song of the movie has released. The title song of ‘A Flying Jatt’ has finally made its way to the masses. The trailer of the film received a mixed response and most of the fans were not too pleased with the glimpse.

The title song of the film is entertaining in its beats. The song is foot-tapping with energetic tunes. The song is a Punjabi number with hints of rap. The title track can actually make you dance. The song initiates with Tiger Shroff’s glimpse as he is taking up his superhero act seriously. The track features brief images from the film which depict Tiger flaunting his powers.

Moreover, it also has catchy lyrics which are fun to hum. The song sees how Tiger is initially an injury filled superhero and gradually transforms into a life saver. The children performing in the video are a visual treat.

The song is going to be another peppy number in the chartbusters. ‘A Flying Jatt’ title track is crooned by Raftaar, Mansheel Gujaral, and Tanishkaa. The music has been composed by Sachin–Jigar. The lyrics are penned down by Vayu and Raftaar. ‘A Flying Jatt’ is directed by Remo D’Souza and also stars Nathan Jones. The movie will release on August 25th, 2016.
[/tps_footer]