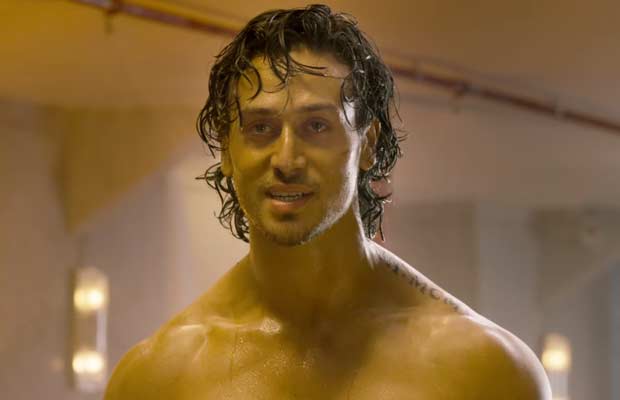 [tps_footer]Tiger Shroff has surely earned the tag of Heropanti. The amazing newbie who is attracting loads of female fans for his killing looks is yet again ready to flaunt his unique style. Tiger will soon be seen in the film ‘Baaghi’ and the new dialogue promo from the film has now been unveiled. ‘Baaghi’ stars actors Tiger Shroff and Shraddha Kapoor in lead roles. The new promo sees Tiger in a macho avatar.

The very first trailer of the action oriented film focused on both Tiger and Shraddha, whereas, the new promo only concentrates on our Heropanti actor. Tiger and Shraddha’s love angle was already depicted in the first trailer. The two talented actors will be seen as die hard lovers with an aura of strength. The two stars will fight out the bad boys in the movie with amazing stunts and action sequences. Not only will Tiger show off his wild side, but also the ABCD 2 actress Shraddha will be seen doing some action moves.

The just released promo of ‘Baaghi’ sees Tiger giving one more powerful dialogue to the audiences. After the Heropanti stanza, the young actor is yet again ready to create a rage with this one. The actor is seen doing some eye-grabbing stunts. The handsome hunk steals all the limelight with his dialogue, “Itni jaldi kya hai abhi toh maine start kiya hai.”

With a perfectly toned body and a chiseled face, Tiger Shroff is surely going to add more female fans with this one. ‘Baaghi’ is directed by Sabbir Khan and will hit the screens on April 29th, 2016.