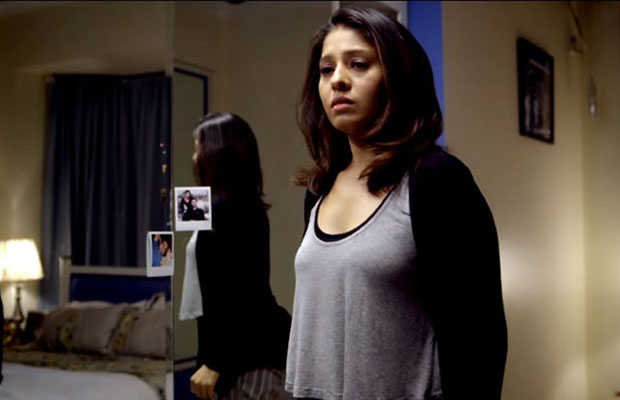 [tps_footer]Many Bollywood actors have taken a liking to singing. From Alia Bhatt to Sonakshi Sinha, many starlets are coming out with more than just acting. Likewise, singers are also not behind in flaunting their versatile talents. Credible singer Sunidhi Chauhan who is known for her soulful voice has now made her acting debut with the film ‘Playing Priya’.

Sunidhi who has always impressed the masses with her mind-blowing soundtracks is yet again nailing her newfound acting skills. The film is going to be a tricky one which keeps you hooked till the end. The singer unveiled the trailer of the film recently. Sunidhi plays the character of Priya who resides in a luxurious home.

Chauhan makes an entry in the trailer as a housewife. Her character is the only one explored in the glimpse. The trailer sees Sunidhi’s on screen husband leaving. After the male character leaves, a different side of Sunidhi’s character is revealed.

The housewife suddenly changes her typical habits and transforms. She does not pick up the ringing calls, makes funny faces in front of the mirror, and does a small jig with her shrug; all this when she is home alone.

Sunidhi Chauhan speaks a lot with her expressions alone and does not even say a dialogue in whole trailer. The husband in the trailer then returns to take something he has forgotten and that is when you get a shock!

‘Playing Priya’ will leave you terrified by all means with its phrase, “when no one’s around you may not be the only one around”. The intriguing film is directed by Arif Ali.
[/tps_footer]