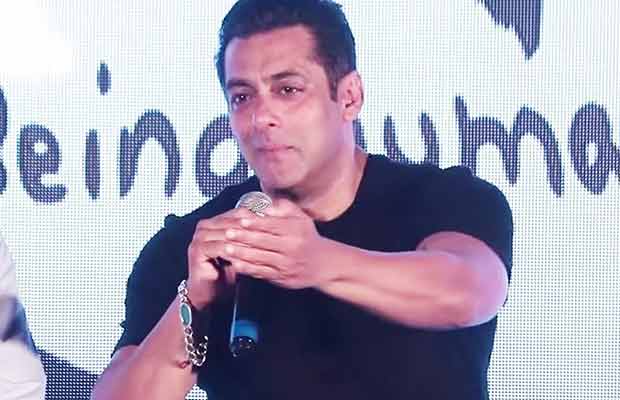 Salman Khan is known to have a bit of an anger management issue. He always tries his best to keep calm, but at some point of time one is bound to lose it.

Salman Khan recently launched e-cycles under the Being Human Umbrella.At this event, Salman was asked about his other ventures which have been in the news lately.

A source of Mumbai Mirror says, ”Kat, who’s been with the current agency for seven-eight years, has given her nod to be managed by Salman and Sohail’s agency, since, she’s already shooting for an action-romance(Tiger Zinda Hai) with Salman and thinks her work will be best managed by her former beau and close friend, who “also has her best interests at heart”.

Just recently, at the IIFA Press Conference, it seemed like something was lingering between the two.Maybe the question touched the wrong nerve and angered Salman a little bit.

Bhaijaan of Bollywood’s mood just changed and he in a very cool and sarcastic tone replied to the reporter.

The Dabangg actor, with his brand Being Human, has been contributing his bit to the society. And now on June 5, which is celebrated as the World Environment Day, he has lauched E-cycles.

On the work front, Salman is currently busy in promoting his upcoming release Tubelight. The Kabir Khan directorial is slated to release on June 23, in the festive season of Eid, this year. Salman is also working with Katrina Kaif in Ali Abbas Zafar’s Tiger Zinda Hai, which will be hitting the screens in December, this year.