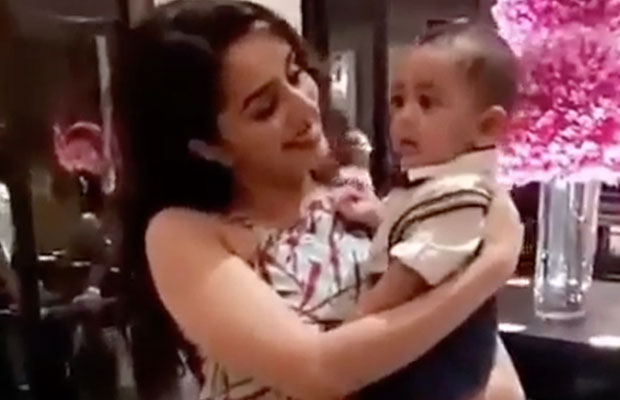 Shraddha Kapoor couldn’t stop herself from taking him in her hands after spotting this cute toddler.

The Bollywood actress, Shraddha Kapoor has created a buzz in the media after the first look of her upcoming film, Half Girlfriend, was revealed recently. The actress is now again in news after being spotted with a cute little baby.

There is a video streaming on net which shows the Baaghi actress holding a toddler in her hands. Shraddha, after seeing this adorable baby, went awww. She could not stop herself from taking the kid in her arms and playing with him.

As soon as the actress’ fan spotted Shraddha with this baby, they started clicking their picture. Check out the video here!

The Aashiqui 2 actress was recently at Taj Lands End for an event, where she was seen enjoying with the baby.

Shraddha’s next release, Half Girlfriend is directed by Mohit Suri and produced by Ekta Kapoor. It is scheduled to release on May 19, this year. She is also working on Haseena: The Queen of Mumbai, with her brother Siddhant Kapoor, which is also supposed to hit the theatres later this year.