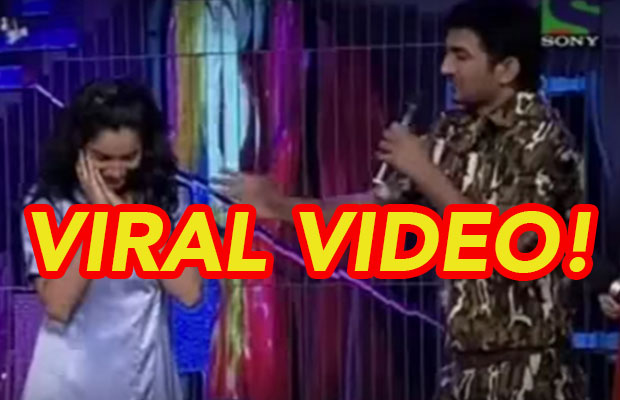 [tps_footer]Sushant Singh Rajput and Ankita Lokhande were one of the most loved couples in town. Both of them were in a relationship for many years and their sudden break-up came as a shock to their fans and their friends. Sushant and Ankita were apparently dating from past seven years and have worked together in a show named Pavitra Rishta.

While there are reports of Sushant dating Kriti (which she is denying) and of Ankita dating Kushal Tandon (which he is denying). Some reports suggested that they broke up because of Ankita‘s alcohol problem and some reasoned this break up as a mutual decision from both their ends. But, now one video of this couple is going viral by their fans.

We all remember that Ankita was a part of Jhalak Dikhlaja and of course she was a great contestant on the show. But what thing plays significant out here is the moment where Sushant had proposed Ankita in Jhalak Dikhlaja. Yes, we are talking about that video clip which is now getting viral.

Isn’t it strange? Like the couple has parted their ways but we guess that their fans still want them to be together. If you want to refresh your memories and do watch this video.