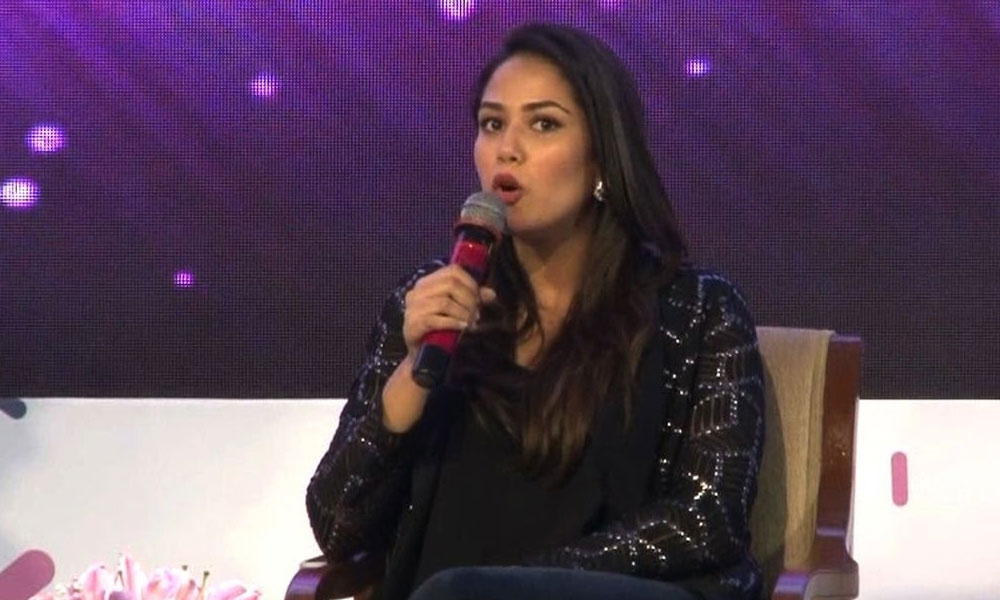 Shahid Kapoor’s wife Mira Rajput in her first interview on Women’s Day, speaks about arrange marriage, her daughter Misha and much more.

As we all know, Bollywood heartthrob Shahid Kapoor surprised everyone by going in for an arranged marriage after meeting his wife Mira Rajput through his parents in Delhi. Well, after a happy marriage the two are proud parents of a little daughter, Misha. Must say, Mira, is quite successfully managing the much-needed balance to be a wife as well as a mother.

The gorgeous Mira recently gave the world some insights into her life as a wife and young mother. Mira for the first time attended an event without Shahid on Women’s Day. The gorgeous wife and mom spoke about how their arrange marriage turned out to be successful and the 5 months difficulties she faced during pregnancy.

During the interaction session on International Women’s Day, she shared her thoughts on choosing arranged marriage, being a homemaker and about her daughter Misha.

Talking about arranged marriage: Mira said, Why not (go for an arranged marriage)? You have to meet someone in some way! It worked for us so beautifully because both of us laid our cards in the open in the beginning. We were ourselves. There was a different kind of discovery after marriage but there was no negative surprise. I understood the role I had to take and he (Shahid) understood that he had to become a part of my life. Both of us have given and taken a lot of each other and we have become more wholesome. It’s two halves that make a whole.

How they are as a couple: Mira said, At home, it’s just like any other marriage. We have fights, we get along well, we laugh a lot, we raise our child together, we are best of friends. When we step out, we are two people together taking on the world.

On being a homemaker: I am a homemaker and I am proud of the label. I love being home. I had a difficult pregnancy and now I want to spend every moment I can with my daughter. I have a set of responsibilities on my plate and my future is ahead of me. I can finish all my responsibilities and then I will have nothing in my way. I can raise my daughter, be a good wife, and set up my home the way I like. I wouldn’t have it any other way.

I don’t want to spend one hour in the day with my child and then rush off to work. Why did I have her then? I want to be there for her as a mother. Seeing her grow up can’t be quantified, she added.