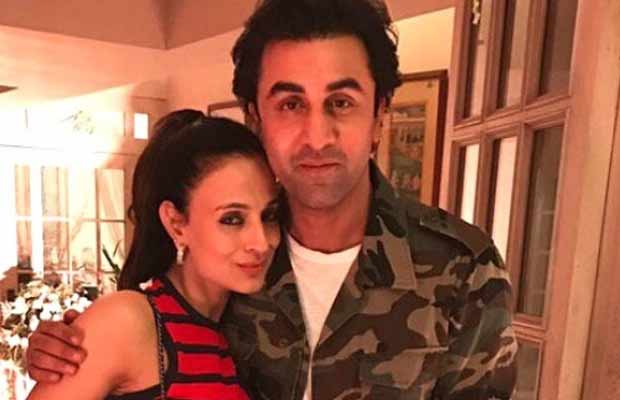 Reportedly, the actor Ranbir Kapoor sneaked out of a party because of the actress Ameesha Patel!

The Bollywood actress Ameesha Patel is no more a sought-after actress in B-town. She had started off her career quite well with films like ‘Kaho Naa Pyaar Hai’, ‘Gadar: Ek Prem Katha’ and ‘Humraaz’. But it has been quite a few years that she has given a hit with her role as the lead actress in the film.

And hence, she has been away from the limelight for a very long time. Surprisingly, she has been making news lately. But to the actress’ bad luck, all of those are for the wrong reason!

The actress was recently at a party where other people from the Bollywood fraternity were also present. Now according to reports, the actor Ranbir Kapoor was also present in the function, who had to actually sneak out of the party because of the actress.

According to a report of Deccan Chronicle, the actress was cornering the actor to have a private talk with him, while they were standing in the presence of others. The ‘Ae Dil Hai Mushkil’ actor was not sure about what she wanted to talk about. And hence, he decided to quietly leave the party without getting noticed by her or anyone else at the party.

Even we wonder what Ameesha wanted to talk about with Ranbir!

Talking about Ameesha’s work front, she is going to be seen with Sunny Deol in the film ‘Bhaiyyaji Superhit’.

On the other hand, Ranbir Kapoor is working on Sanjay Dutt’s biopic. Apart from him, the film also stars Manisha Koirala as Nargis Dutt, Paresh Rawal as Sunil Dutt. And Dia Mirza will be playing the role of Sanjay Dutt’s wife Manayata Dutt. The film is scheduled to release in the next year.