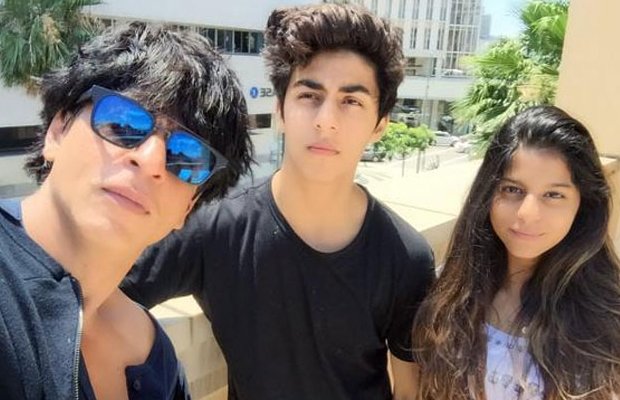 Shah Rukh Khan might love and dote on his kids all that he has got, but still it is really difficult to understand the present generation. They believe in different things, have a modern outlook and definitely talk in an altogether different lingo. For them, the western culture and the hip English songs are more ear friendly and understandable than the songs which we like.

Well SRK finally has understood that he and his son are a generation apart, no wonder when he used to sing ‘Smack that…’ by Akon with his son Aryan he was unaware what the song really meant.  Recently, in a tweet King Khan admitted that when his son was younger they together used to sing this song by Akon and enjoy themselves till last night when he finally understood that meaning of the words.

SRK wrote, “Heard Akon’s Smack that all on the floor, Smack that give me some more…”after ages, lil Aryan & I use to sing it & didn’t know wot it meant.”

SRK we have to admit that you are the coolest dad that we have come across till now! After all, not all fathers will go out of the way and learn and adapt to their kids’ liking regardless of their age difference. In an interview King Khan openly admitted that he feels that he needs to learn a lot about his kids since he is still unaware of the difference between going out, making out, dating and hanging out.

Let us tell you sir that these words all are just cool lingo used nowadays to confuse parents because kids themselves don’t know what they want, why they want it and when they want it.