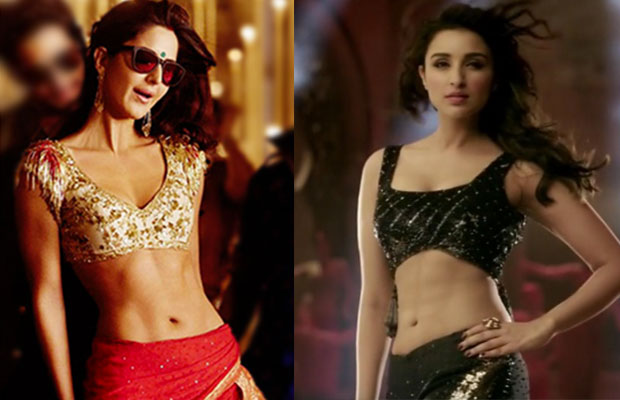 [tps_footer]Parineeti Chopra and Katrina Kaif are making the lenses go drool with their abs. Parineeti impressed everyone with her recently released song Jaaneman Aah. The chirpy actress with her toned body was flaunting her abs to no limits. Parineeti, who was targeted for her healthy side initially, has shut down all the haters with her transformed image.

Likewise, Katrina Kaif is ruling the social media currently with her song Kala Chashma. The audience is more startled by Katrina’s abs in the song than anything else. Kala Chashma features Katrina along with Sidharth Malhotra. The two stars are nailing their energy in the song with mind blowing dance steps. The song is already a favorite of the masses as it is the revised version of the 90s track.

The masses cannot get over Katrina’s well worked up abs in the track. The starlet has stolen all the attention in the song. With Parineeti and Katrina both setting the abs trend in the tinsel town, it is obvious that the two beautiful girls will be compared!

Parineeti Chopra in Jaaneman Aah is dancing her heart out with Varun Dhawan whereas Katrina in her sassy Indian bride look is looking marvelous in her curvy steps.

It is too difficult to say who flaunted those abs better!  Katrina Kaif and Sidharth Malhotra’s ‘Baar Baar Dekho’ is all set to release on September 9th, 2016.

On the other hand, Parineeti and Varun’s song Jaaneman Aah is a part of the film ‘Dishoom’. The movie will hit the screens this Friday.

Lastly, do tell us which diva stole your heart!