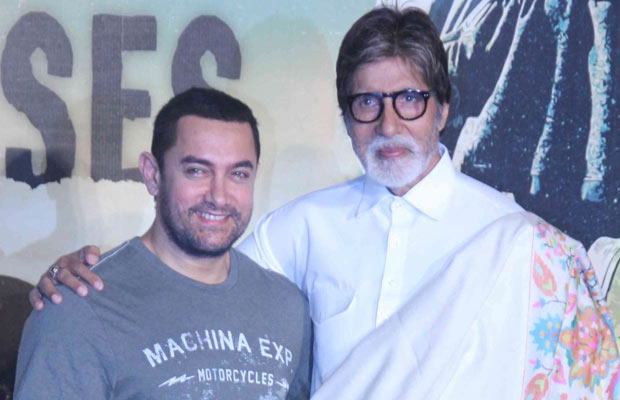 Aamir Khan has been roped in as a lead for the film Thug. Well, apparently, even megastar Amitabh Bachchan will also be a part of the film. Produced under YRF, Amitabh will have a prominent role in Thug. Senior Bachchan has worked with both Shah Rukh Khan and Salman Khan. Well, looks like we would finally get to see the Shehenshah and Mr. Perfectionist sharing the screen space.

Hrithik Roshan was initially offered the film . He rejected the offer and instead signed Sanjay Gupta’s Kaabil. Directed by Vijay Krishna Acharya, he then decided to cast Aamir Khan. He had already worked with Aamir Khan in blockbuster Dhoom 3. The film is supposedly based on Philip Meadow Taylor’s book, Confessions of a Thug. Well, Aamir loved the script and is ready to work on it. Well, it would be exciting to see Aamir playing a tapori after a long time.

Aamir Khan is now working on his 2016 release Dangal. He will be playing a wrestler and a father of three daughters in the film. The posters of Dangal looks quite thrilling. Also, Aamir has undergone a severe physical transformation for the film. Television actress Sakshi Tanvar will play Aamir’s wife in the film. This Nitesh Tiwari’s directorial is slated to release on December 23.