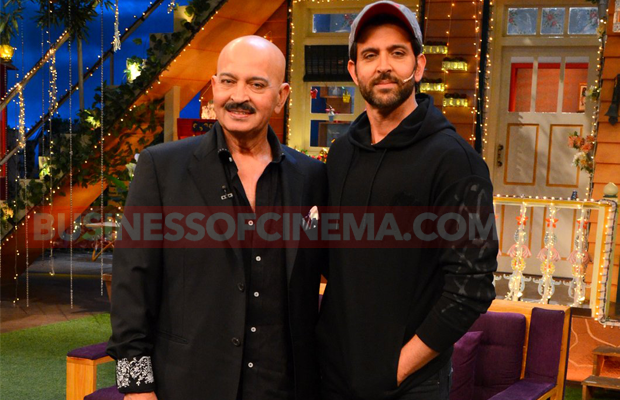 Kaabil, after an unfortunate clash with Shah Rukh’s Raees, is doing well at the box office and so now we can talk about Hrithik Roshan’s future projects. Well! Now that the actor is breathing in relief, one thing that’s happening for sure is Krrish 4. The actor had shared a picture of Lord Ganesha styled as Krrish and spoke about the return of the series. The excitement escalated when the buzz was that the actor himself is going to direct the film.

That made the fans go crazy with the news. But sadly, it came to news that the actor will not be directing the film.

See what Rakesh Roshan has to say about it.

When asked about Krrish 4, he said. “Krrish 4, I will start working now. I have got an idea. When the script is ready, I will go ahead”. When asked about the reports suggesting Hrithik on the director’s chair for this project, he refuted the claim in one sentence, “No, not at all”.

Rakesh Roshan even mentioned that the release date is not final either. He said, “Nothing is fixed. Till I don’t fix my script, I will not fix up any date now.”

So all the Krrish and Hrithik Roshan fans, you’ll have to wait for the script to roll out, only then can we have an idea of the date of release. But this made us believe and confirm for sure that the lead is not going to take up the director’s role.

Well! Brace yourself for the superhero’s film after all, who plays it better than him.