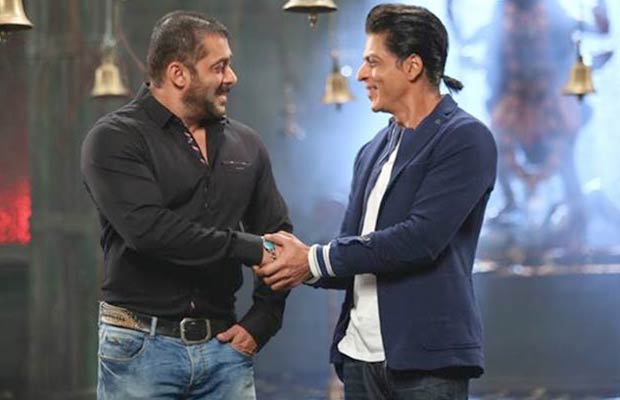 [tps_footer]Bollywood’s much-loved superstars Shah Rukh Khan and Salman Khan a.k.a Karan-Arjun has been claiming to be friends and they have promoted each other’s movies to show their is no rivalry between them. It was a treat to watch Shah Rukh Khan promoting Dilwale on Salman Khan‘s reality show Bigg Boss and later Shah Rukh promoted Salman Khan and Sonam Kapoor starred Prem Ratan Dhan Payo. We have seen our Bajrangi Bhaijaan Salman getting on a friendly term with his arch rival Shah Rukh and still maintaining a good relationship. Well, Dabangg Khan is the only star of our Bollywood who invites his ex-flames like Sangeeta Bijlani, Katrina Kaif, and more to his house parties, an exception to Aishwarya Rai Bachchan. She is the only ex of Salman Khan who doesn’t even want to work with him or talk about him. But, right now Salman Khan and Shah Rukh Khan are making the news for another reason.

It’s reported a Delhi Court has reserved its order on a criminal complaint filed against actors Shah Rukh Khan and Salman Khan for allegedly hurting religious sentiments by entering the sets of a temple wearing shoes while shooting for the reality show Bigg Boss 9. Who enters a temple or any other holy place by wearing shoes or any other kind of footwear but Colors channel and the makers of Bigg Boss 9 forgot to keep this in mind while creating the look and feel of re-uniting Karan-Arjun following their promotional strategy. It was an awesome episode to watch Salman Khan and Shah Rukh Khan together and there was a lot of buzz to see them together on our television screens but unfortunately the ignorance of the makers have called for a legal trouble.

Both, Salman Khan and Shah Rukh Khan were given a clean chit as they were not intending to hurt religious sentiments but advocate Gaurav Gulati is determined to prove that Salman-Shah Rukh has mocked the religious feelings deliberately although we all know that Salman celebrates Ganesh Chaturthi as much as he celebrates the festival of Eid. Well, the final verdict is going to be taken by our judiciary and since the court has reserved the order on this criminal complaint filed against SRK and Salman we can surely expect a big relief for our two superstars in this case.[/tps_footer]