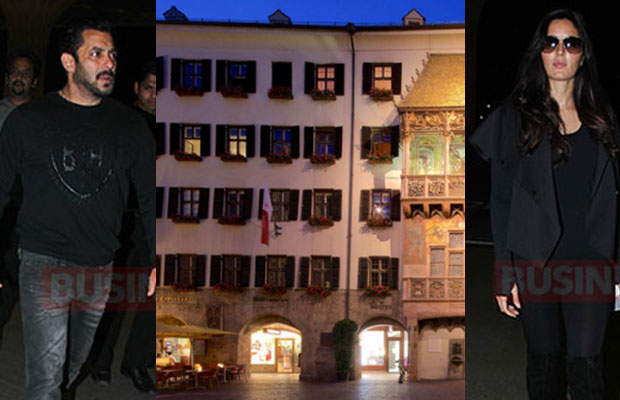 Salman Khan and Katrina Kaif are currently in Austria for the first schedule of Tiger Zinda Hai.

Salman Khan’s Tiger Zinda Hai is a second installment of the 2012 superhit ‘Ek Tha Tiger’ will see Salman reprise his role opposite Katria Kaif. The film has been a talk of the town and has raised the curiosity since it was announced, as Tiger Zinda Hai brings back the former couple together after almost 4 years.

The latest news that is doing rounds is of Salman Khan and Katrina Kaif’s shoot. The duo shot at the Goldenes Dachl in Old Town Innsbruck recently.

According to research, The Goldenes Dachl is a landmark structure located in the Old Town section of Innsbruck, Austria. It is considered the city’s most famous symbol. 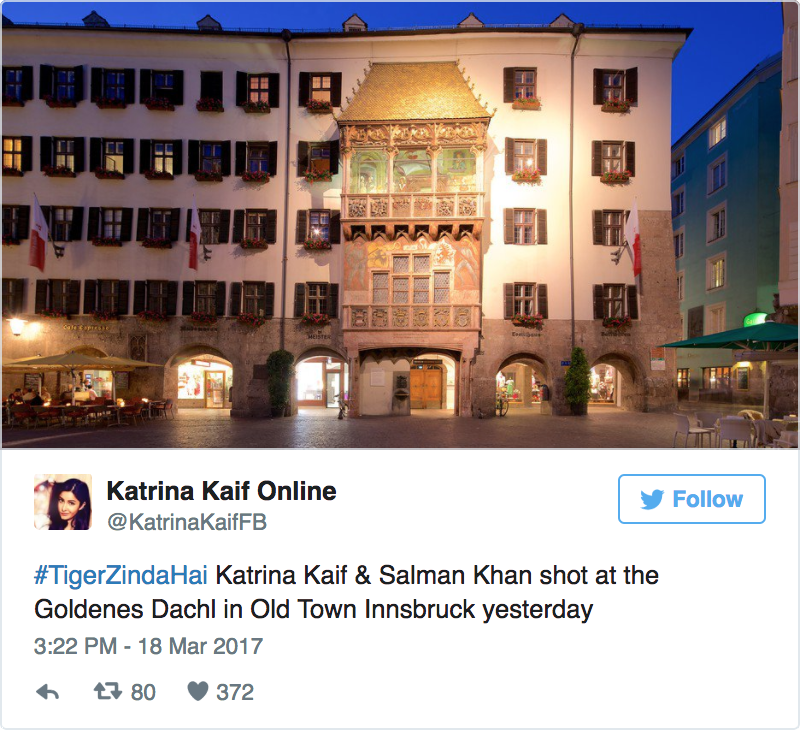 It’s been revealed that Salman Khan will shoot for an action scene with a pack of wolves.

That’s not all, the film is going to be beyond expectation as Hollywood’s award-winning action director Tom Sturthers has been roped in to choreograph the stunt sequences in the film.

The film is said to be the story of an Indian spy (RAW) code-named Tiger. He falls in love with a Pakistani spy agent during an investigation. Tiger Zinda Hai is scheduled to release this year in December!