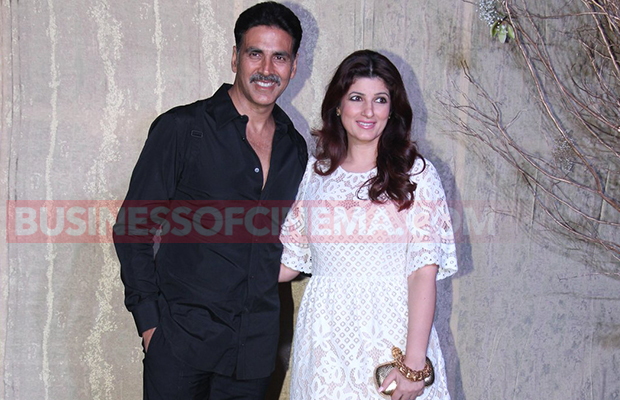 While the Khiladi actor Akshay Kumar has been away from biopics in a 3-decade long career, he seems to be acting in most of the dramatic roles in the past few films. while his last movies Special 26, Airlift and Rustom were based on real incidents, Akshay has signed 2 biopics. The first one is believed to be based on Balbir Singh who is a former member of the Indian hockey team. The second biopic will be based on Arunachalam Muruganantha, the man who made a remarkable change in the lives of rural women. Surprisingly, the film will be produced by his lady love Twinkle Khanna.

For those who have read Twinkle Khanna‘s book, The Legend of Lakshmi Prasad, definitely, know about the man who has brought remarkable changes in the lives of rural women when it comes to sanitary napkins.The actress turned author, Twinkle, has fictionalized the story that is based on a true incident of her book.

The film is inspired by Arunachalam who worked on making cheaper sanitary napkins for the rural women so they could afford and have a healthy and hygienic menstruation. The rural women would use unhygienic means and methods during menstruation and sadly, wouldn’t openly talk about their cycles. It is only then when the man realized he should do something for the women. Twinkle Khanna reached out to the story while researching about menstruation for her own blogs. Highly inspired by the man, Twinkle decided to bring the man on screens about his extraordinary work for women.

While the idea emerged from the writer, she says she will not entirely take credits for the film. The film will be directed by R Balki and will star her companion and husband Akshay Kumar. The concept will be developed by R Balki says Twinkle.

When the multi-talented lady was asked about switching her writing talent from books to films, she said she had been writing columns and now has written two books. She added she hasn’t given a thought over what will she do next but said she has other jobs to where she is satisfied and successful.

Well! how exciting it would be to have Akshay Kumar acting in his wife’s concept. Having Twinkle Khanna in the industry would be a great opportunity for Bollywood films.