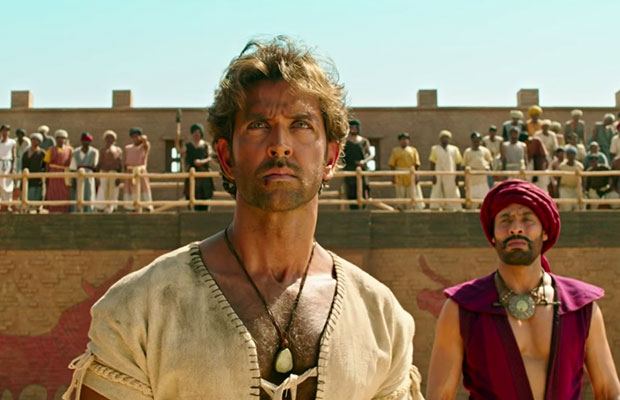 [tps_footer]Greek God of the industry Hrithik Roshan will soon be seen in the historic film Mohenjo Daro. The film directed by Ashutosh Gowariker is based on the backdrop of Indus Valley civilization. The movie is all set to release in sometime. Mohenjo Daro will launch newbie Pooja Hegde opposite Hrithik.

The trailer of the film has received mixed responses but the filmmaker claims that the movie is not to be judged by its glimpse alone. Recently a press conference for the film was held and Hrithik gave interesting updates about the film. The actor was all happy for being a part of the film he also commented that he is glad that Ashutosh Gowariker chose him for this role.

However, apart from all these revelations, the Bang Bang actor also revealed when he agreed to do the film. Hrithik Roshan confessed that he nodded a yes for Mohenjo Daro only when its script was brought down to 80 pages from 200.

Hrithik candidly further revealed, “The day it came down from 81 to 80, he had flown to Delhi to meet me, ‘Hrithik, I have done it’. And we signed the film there and then.”