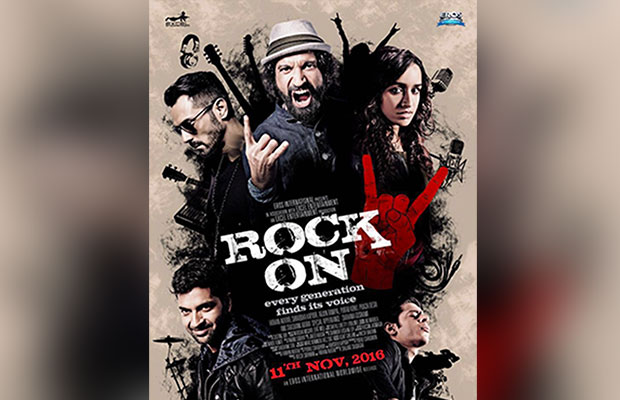 This music franchise has set a distinct intrigue around its music album!

Rock On !! 2 has a lot going for itself. The pathbreaking cult film that had released 8 years ago had created flutter amongst the audiences who resonated with the film deeply!

The sequel has Shraddha an addition to the existing band Magik in the film! Moreover the actress will also be witnessed singing her own songs! Shraddha what’s donned an image of a Rockstar in the film!

News is veteran singer Usha Uthup will also be making a comeback with Rock On !! 2. The Indian pop jazz and playback singer who is known for her popular tracks like Hare Rama Hare Krishna and Darling is all set to comeback with a foot tapping number in Rock On !! 2. The song that the veteran has sung is titled Hoi Kiw Chalo is performed by Khasi band from Shillong! The language used in song is Khasi and has a blend of Hindi as well.

Spokesperson further added, “The song has an able support in the form of Usha Uthup, she blends really well with her Hindi vocals. The lyrics of the song that has been penned down by Javed Akhtar is very high on energy!”

Usha who herself has loved Rock On was very glad to have sung the song for the sequel of the film!