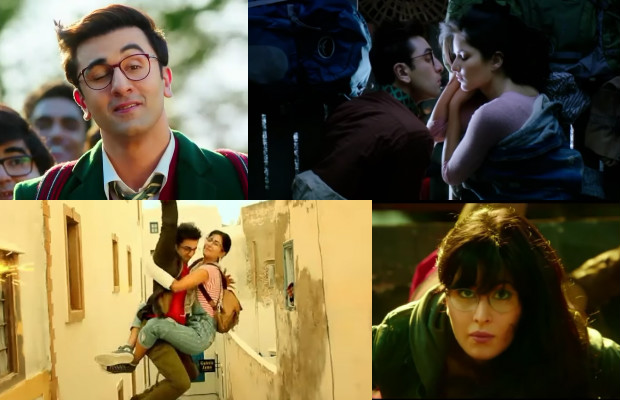 Ranbir Kapoor and Katrina Kaif’s much-delayed and now upcoming movie Jagga Jasoos is currently on the edge of completion. The makers of the film were recently shooting the final left out scenes with the lead stars in Mumbai and are looking forward to the release on April 7th. Jagga Jasoos is currently the much-awaited film as it will see former lovers Ranbir and Katrina back again on the big screen post-breakup. The trailer of the musical film has also been well received by the audience and has created a curiosity among the masses for its unique storyline.

Also, as the film is perceived to be a musical and light-hearted mystery, the songs will, of course, play a major role. Usually, a film has 4 or 5 songs but Jagga Jasoos will be having whopping 29 songs. Yes, you read that right! Composed by Pritam, the film will have around 29 songs, which means every part of the story will have a musical flow.

Music composer Pritam also revealed that the songs work with the narrative. He said, “Think of the effortlessness and the way the songs are featured in La La Land. They’re part of the story. And the narrative flows forward through it.”

Anurag, whose last release was 2012’s cult ‘Barfi,’ has directed and co-produced the film with Ranbir. ‘Jagga Jasoos,’ also starring Govinda, is scheduled for an April 07, 2017 release.