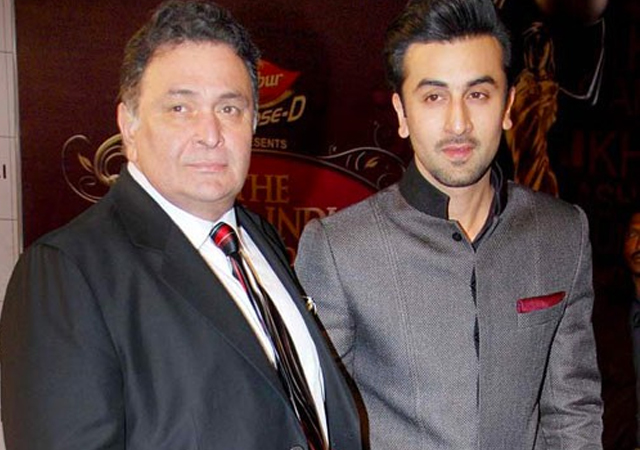 In his autobiography, Khullam Khulla: Rishi Kapoor Uncensored, Rishi Kapoor has bared his heart and life. The excerpts of the book are released time and again and each more shocking or surprising that the other. This time it’s Neetu Kapoor who has revealed a chunk of life.

His son, Ranbir Kapoor has written the foreword for the book and wife, Neetu has penned down the afterword. Narrating one such incident, Neetu revealed one rule that Rishi always follows. Each family member has to message him ‘Jai Mata Di’ when they take off and land anywhere!

In Neetu’s words, “Once Ranbir messaged him after boarding a flight but there was a delay in the actual take-off. Meanwhile, Bob (Rishi) had mentally calculated the time of arrival based on when the message had been sent. And when he didn’t hear from Ranbir at the estimated time, he went berserk. Eventually, when Ranbir did land, he got his ear chewed off. His father’s point was, ‘Why did you message me when it wasn’t yet time for take-off? I timed your landing in my head and I was worried sick.'”

In another incident, Neetu shared, “During the promotion of Besharam, when all three of us (Ranbir, Rishi, Neetu) flew together, Ranbir said something much to my amusement. ‘Thank God both of you are there. Now I don’t have to message and say ‘Jai Mata Di.’ It’s such pressure on me that if I slip up, Papa will go mad.'”

The book has created headlines since before its release. Be it for his revelation of sipping tea with underworld don, Dawood or his revelation about Amitabh Bachchan being ungrateful to his co-stars to the details about the love life of his dad, legendary, Raj Kapoor.