On being asked how Shahid Kapoor felt about Rangoon failure, here is his reaction.

Well, Shahid Kapoor who has given some amazing hits in recent times recently took to twitter to chat with fans. A week after the release of Rangoon, Shahid interacted with twitter users and came up with most honest replies.

One of the users asked him, “One straight forward question. Keeping awards and rewards aside, how do you feel when ur film doesn’t get commercial success?”
Shahid quickly replied, “shi*ty.” 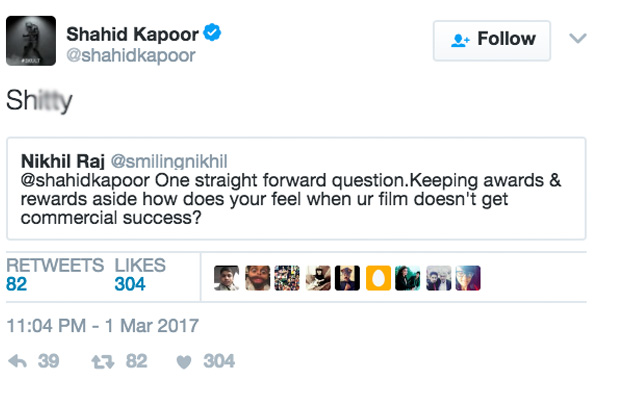 Well, this seems to be a very disappointing and heartbroken reply from Shahid considering the Rangoon failure phase he is going through. We understand Shahid!
And then, one of the fans also asked him, “Is it that you prefer dark films more now?”

To which Shahid replied, “Nope. Not for a while now.” 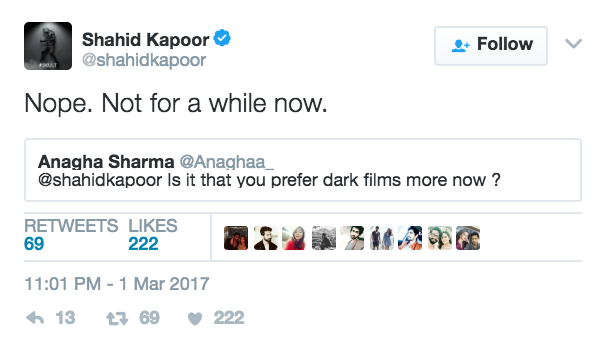 Did Shahid Kapoor address Rangoon as a dark film and replied that he doesn’t want to venture in such ahead in his career? Well, seems to be. What do you think? Share your views in the comments section below.