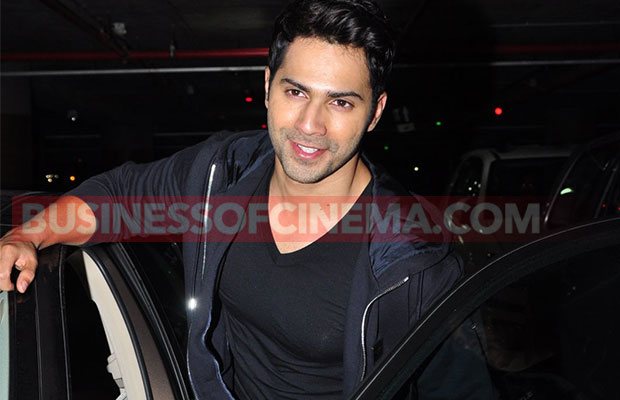 When social media is such an intrinsic part of a celebrity’s life and especially for movie promotions and breaking news kind of declarations, if someone is not on social media or goes off it, it makes fans and followers wonder why. Recently Varun Dhawan declared that he is going off Twitter. Varun, through an Instagram story, shared an image with the caption, “Off Twitter for some time. It’s not goodbye. It’s more like I’ll see you soon.”

It came as a surprise especially after his latest release along with Alia Bhatt, Badrinath Ki Dulhania turned out to be the biggest grosser for a Varun-Alia collaboration and even entered the much prestigious 100 crore club.

If you are scratching your head and wondering why did Varun say bye to Twitter for now, the answer is right here.

In an interview with a leading daily, Varun said, “I have taken a break from Twitter. I never said that I am leaving it for good. After the first week of the release of Badrinath, I decided I would go off Twitter for a while. I’ve uninstalled the app. I felt it was necessary because I am doing a difficult film (Judwaa 2). Playing two characters can’t be easy with a lot of VFX and action involved. It’s physically draining, too, so I need to be in great physical shape to pull off this film. Social media was a bit of a distraction. I’ll come back to it.”

Well, this is called focus!

Varun’s career started off with a bang when he debuted with Student of the Year and since then he has been delivering finer performances in different kind of genres.

He is currently shooting for ‘Judwaa 2’ in London which also stars Jacqueline Fernandez and Taapsee Pannu. Seems like Varun is gearing up really hard to fit into his characters, Raja and Prem in ‘Judwaa 2.’ ‘Judwaa 2’ is a sequel to Salman Khan’s ‘Judwaa,’ which is tentatively to release on September 29, 2017.