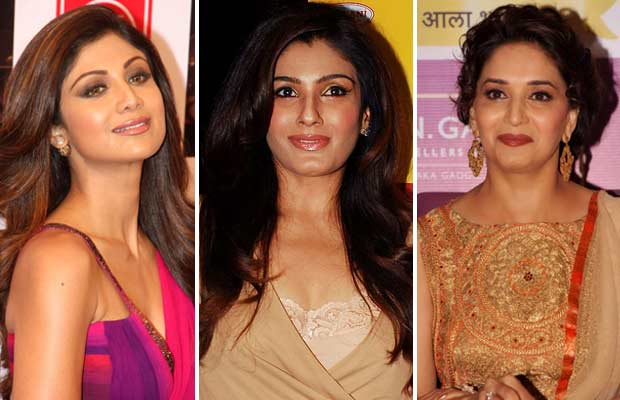 [tps_footer]Raveena Tandon, bindass and an amazingly talented actress who has ruled the silver screen with her powerful and sizzling performances is now ready to take over Television industry, once again. She has done plenty of Television shows and I feel, she has got more love and different concepts during her television career, which is still going strong for her. Whyy ?? Check it out ahead. A brilliant news for all Raveena Tandon fans, including me. “Tu cheez badi hain mast mast..” Still makes us dance and smile.

“Mast Mast Girl“, Raveena, who has been part of different television shows like Sahib Biwi Gulam, Chhote Miyan, Comedy Ka Maha Muqabala and Simply Baatien With Raveena, will co-judge this new show along with actor Govinda, our energetic street dancer and ace choreographer Saroj Khan. It will not just be fun to watch them all together in a show, but all the three are frank and are outspoken about their opinions. I won’t be surprised if the TRP rates of this show breaks the record of other dance shows.

“Shine of India” is the dance show she will be part of and will judge the best of talents on a big platform that will give opportunity to all the talented people out there, waiting for that one big chance to set their career. This show will be aired on Channel V, it’s said that it will be hosted by actress Farnaz Shetty and shooting of this show will start from next month onwards.

Here is what the source close to Raveena has to say about her bagging a new tv show, “Bollywood actors starring in TV series has now become an old saga. No doubt that these actors are paid a hefty amount as their presence not only doubles the entertainment quotient, but also it adds the much needed star value to the show. And maybe that’s the reason why Raveena has been paid a whopping amount of Rs 1.25 crore per episode for the reality show,”

It’s also reported that, “This will make her the highest paid Bollywood actress on television,”

Well, definitely it will make her the highest paid actress on television because even our Dhak Dhak Girl Madhuri Dixit Nene and Shilpa Shetty, both charge around 1 Crore per episode for Television shows and our Mast Mast Girl Raveena Tandon is getting back on Television show with a biggg banggg of 1.25 crores per episode.

Raveena Tandon, surely knows how to work and live her life on her own terms. More power to you girl !![/tps_footer]