The gorgeous actress Kangana Ranaut recently became the “Woman of the year” at the “GQ Men Awards”. The actress stunned everyone with her speech after receiving the award and slayed it on stage like she always does.

From all the roles she has played so far on screen has been loved by the audiences and she has proved herself as one of the most versatile actresses. The actress who is known for her bold avatar recently shared a picture of her look from her upcoming movie “Simran“.

The movie will be directed by “Hansal Mehta” and is all set to hit the silver screens in 2017. The movie casts Kangana Ranaut in the lead where she plays a negative character who is based out of US and comes from a Gujarati family.

The actress is sporting a geeky look with short hair and this intrigues us even more to watch the upcoming news and the film in the year 2017. With this new look it’s seems that the actress has something new to offer and portray on screen and we are sure like every time she will nail it. 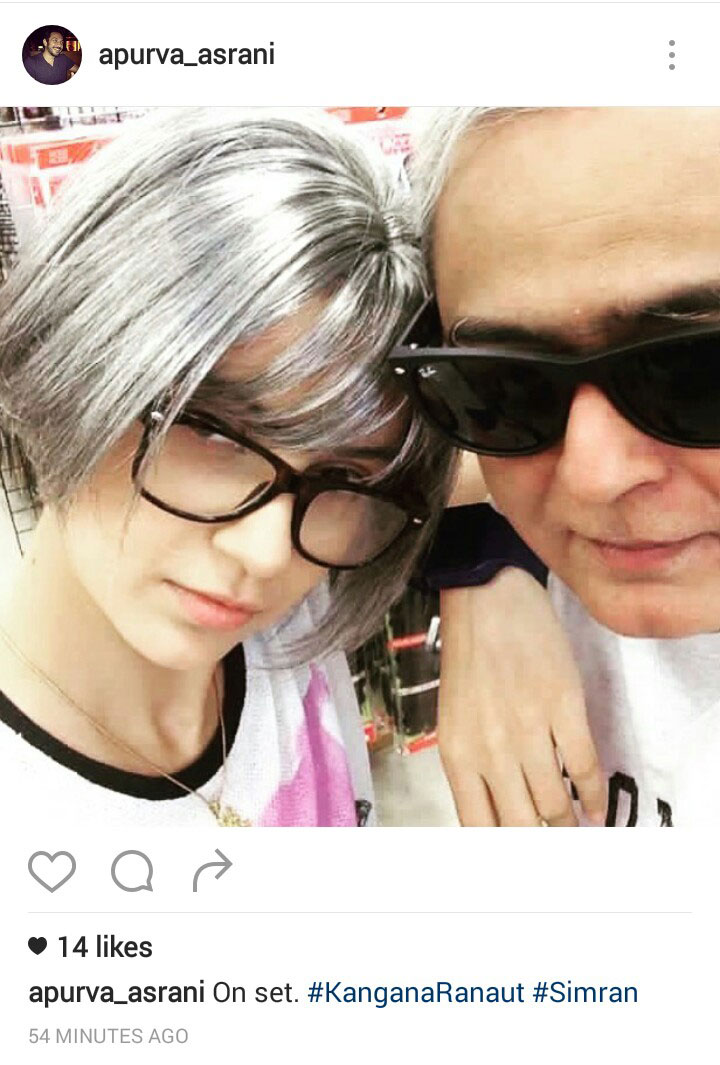