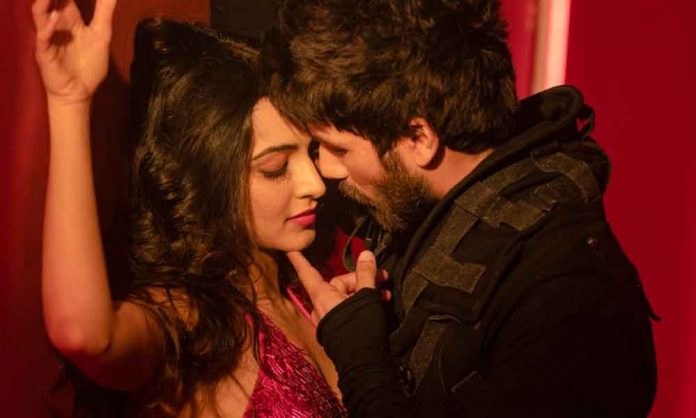 Yo Yo Honey Singh gave a glimpse of his upcoming party track which is a recreated version featuring Prabhudeva.

The teaser gives a sneak peek into this flashy number with impressive beats, which is further creating a buzz amongst the audience. The composer took to his Instagram handle to announce his next party number. Yo Yo Honey Singh said, “Mashallah!! #Urvashi is coming to steal your hearts.”

The song is written and sung by Yo Yo Honey Singh himself under T-series’ banner. The song will feature Kiara Advani and Shahid Kapoor.

After creating an uproar with famous chartbusters earlier this year, Yo Yo Honey Singh’s ‘This Party Is Over Now’ from ‘Mitron’ and ‘Rangtaari’ from ‘Loveratri’ also created a frenzy over the internet recently. His recent,’Rangtaari’ created waves and happened to be the No.1 song beating Kanye West and Maroon 5 on Youtube.

Yo Yo Honey Singh has been one of the most loved music sensations of the nation with his sensational party anthems like High Heels, Blue Eyes, Lungi Dance, Dope Shope, Desi Kalakaar, Angrezi Beat being all-time favorite chartbusters.

Yo Yo Honey Singh and T-Series are back in action to recreate the magic like earlier.

Their collabs have been huge hits like Dheere Dheere which become one of the biggest hits and was the first song from Bollywood to cross 200 million views on YouTube and his last 2 songs, from Sonu ke Titu ki Sweety.