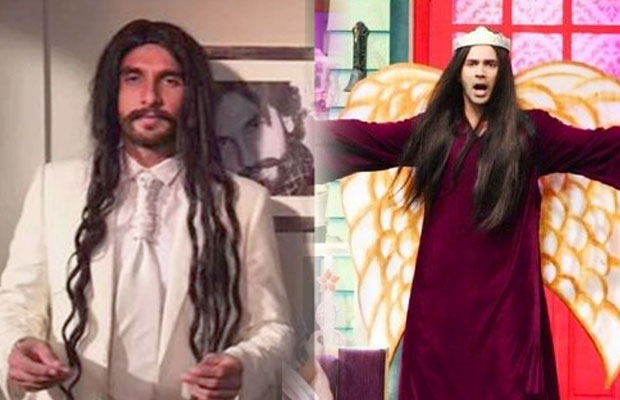 [tps_footer]Bollywood actor Varun Dhawan is leaving no stone unturned for the promotions of his upcoming film Dishoom. The actor recently landed up on the sets of The Kapil Sharma Show for the promotions and what happened during the shoot is something that you shouldn’t miss to know.

The weekend we will see Dishoom stars Varun Dhawan, Jacqueline Fernandez and John Abraham on the ‘The Kapil Sharma Show’. And guess what? Varun will be seen as Taher Shah‘s Angel. Pakistani singer, whose latest number broke the internet a few months ago, will be seen on Kapil Sharma’s show, thanks to Varun Dhawan. Varun’s hilarious act left audiences surprised and was also applauded.

Remember Ranveer Singh had done a dubsmash on Taher Shah‘s Eye To Eye? Well, the actor was quite amazed by Varun’s act on the same. He couldn’t stop himself from tweeting about it. 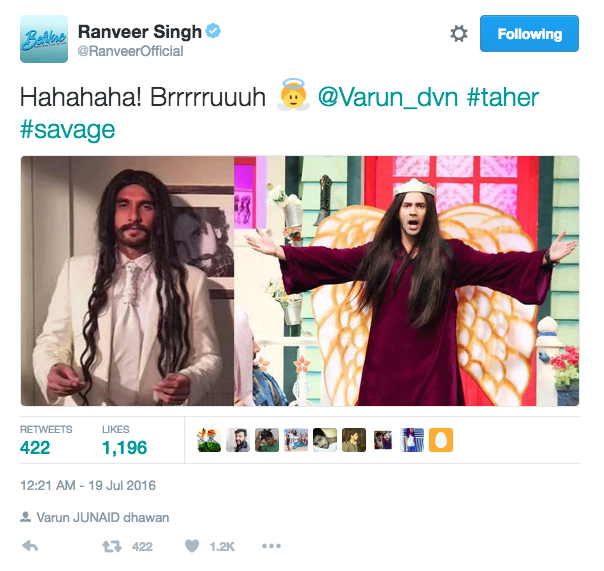 Varun Dhawan was quick enough to react to it and their silent laugh in the twitter chat shows how much the actors enjoyed trolling Taher Shah. 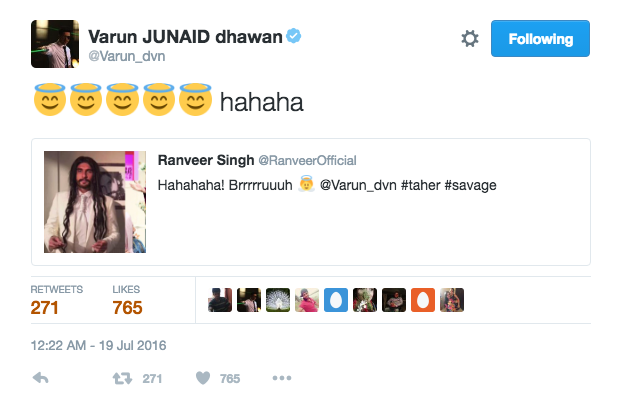