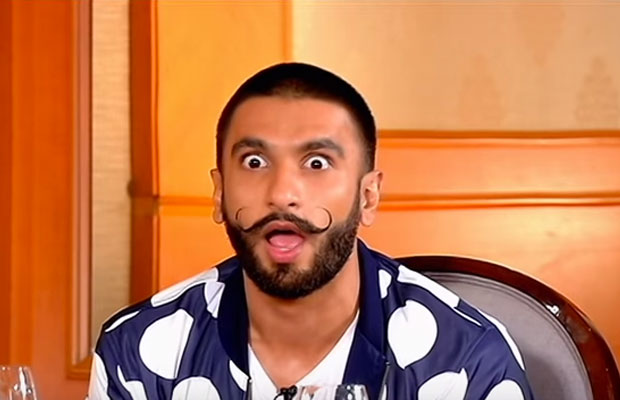 [tps_footer]Known for his flirtatious moves, Bollywood’s Casanova Ranveer Singh is a man who can tug at the heartstrings of his female fan followers as well as of Bollywood actresses. The actor knows how to get girls weak at their knees with his charming style and talent. He is not only entertaining but it’s commendable how he has achieved success in short span of time.

He has not only achieved success quite early in life but has also lost his virginity too. Yes, you read that right and you need to hear the same from the horse’s mouth itself. In an interview with a leading daily, the Bajirao Mastani actor revealed that he had s*x for the first time at the age of 12.

We too couldn’t believe at first but yes its true! Ranveer Singh also added saying that his schoolmates’ parents used to call him ‘rotten apple’ as he was spoiling their kids by teaching them about s*x as they were not much aware of it.

“I think I was around 12 when I did it. I started everything early, everything! I was way ahead — so much so, that in school all the mothers used to say he (Ranveer) is that rotten apple that’s spoiling all our kids. I used to hold sermons with all the boys surrounding me and I used to teach them. They hadn’t heard of it and I became the expert because I had started very early,” he says with a laugh. The actor even claims that he can write a thesis on the subject. “I got into a lot of trouble but yes I had that keeda or maybe I was the keeda,” revealed Ranveer Singh.

Well, we say you need guts to make such shocking revelation being a public figure. We already know how Ranveer Singh doesn’t believe in following norms and does that his heart says and hence proved![/tps_footer]