M.S. Dhoni : The Untold Story has been receiving an overwhelming response and has clicked and largely resonated with the audiences.

The child actor who plays Dhoni has been garnering rave reviews for his character of young Dhoni.

Recently, while in the capital M.S Dhoni met Zeeshan, the small boy who played Dhoni on screen. 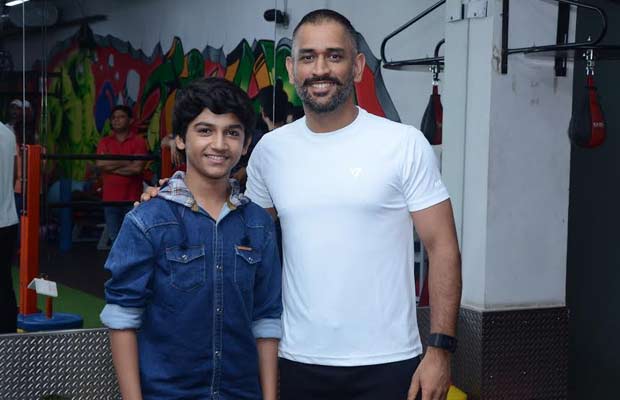 The young boy Zeeshan, was glad and flooded with joy the moment he met Captain Cool.

Dhoni loved his performance and praised Zeeshan for the work he has done on screen.

The film is enthralling not only Dhoni fans but cinegoers all over.

Helmed by Neeraj Pandey, produced by Foxstar studios and Arun Pandey (Inspired Entertainment). The film is enjoying a successful run at the box office.