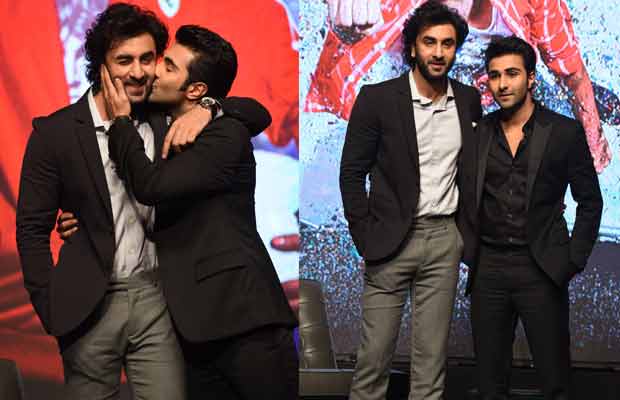 Aadar Jain gets launched by YRF, Ranbir Kapoor congratulates his cousin and says that he will have to face nepotism.

Aadar Jain is another grandson of the great actor Raj Kapoor. While his older brother Armaan Jain debuted in Bollywood in 2014, the younger one was launched last night by Yash Raj Films. At a special event yesterday, Aadar Jain and Anya Singh, another debutant were introduced by Ranbir Kapoor and Anushka Sharma.

Ranbir was quite delighted while launching his own cousin. When asked how he felt when he knew that Aadar was debuting in Bollywood, Ranbir said, “I wondered why all of us in the family act!” The actor remembered the time when he was being launched by YRF.

Ranbir advised younger brother just like any old brother would. He didn’t tell him that he would be there to back him up because it was Aadar’s own journey and he himself has to face the consequences. He said, “When I was a newcomer in the film industry, many people gave me a lot of advice. But I guess you have to make your own journey. Until he doesn’t fall, he won’t know how to stand up. Until he doesn’t see his first success, he won’t be able to relish it.”

The actor even talked about facing nepotism in his own career. He said that he was sure Aadar will have to face the same consequences as he faced. “I felt a lot of pride, gratefulness but at the same time, I was a little nervous, not knowing how this boy will be accepted. It is a funny industry. Yes the privilege that he comes from, the platform that he has, will spark a debate about the insider-outsider, nepotism and all of that. I am going to keep that aside for now. Eventually, we will talk about it, he will have to face it.”

The actor advised both the debutants reminiscing his own journey and told them to stand straight and face problems. Anushka Sharma introduced Anya Singh and said she can relate to her journey because both of them come from non-filmy families.

On the professional front, Ranbir Kapoor is busy promoting his upcoming movie Jagga Jasoos which is scheduled to release on July 14. Meanwhile, Anushka Sharma is promoting her upcoming movie Jab Harry Met Sejal which will release on August 4. Aadar Jain and Anya Singh will debut in a movie directed by Habib Faisal. 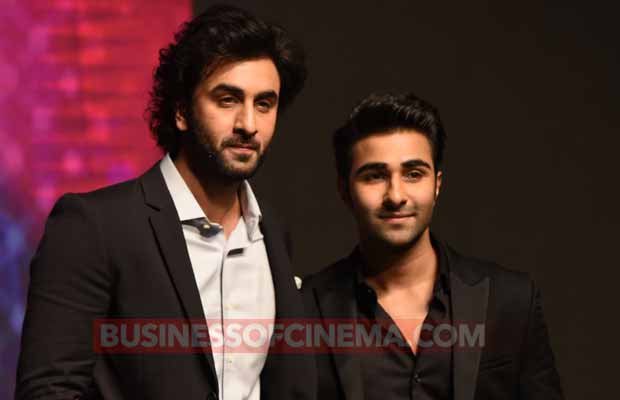