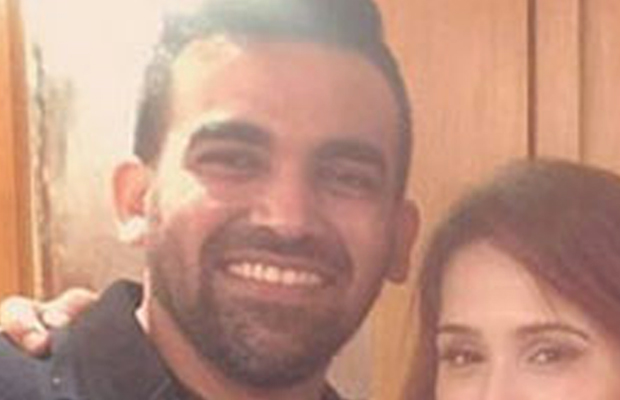 Actresses and cricketers getting into a relationship is no more a new wave to the people in India. Way back in 60s when actress Sharmila Tagore married the youngest captain of India’s cricket team, Mansoor Ali Khan Pataudi, India has been experiencing crickets and actresses’ relationships. Then came Reena Roy and Mohsin Khan, Sangeeta Bijlani and Mohammad Azharuddin, Geeta Basra and Harbhajan Singh and then came a new entry to the camp with Yuvraj Singh and Hazel Keech who recently got married. Surprisingly, the new news makers have been Sagarika Ghatge and Zaheer Khan.
Another duo that always remains in the news is of Anushka Sharma and Virat Kohli. The media just doesn’t leave any opportunity to stalk them and talk about the two.
But the recently spotted cricketer and actress couple was of Zaheer Khan and the Chak De! girl Sagarika Ghatge. As per the sources, the two have been into a relationship since the past 4 months and are often spotted together at parties and events.
A source revealed that the two are not very open about their relationship but have shared a great time at Yuvi–Hazel wedding. In fact both the celebrities’ Instagram profile reflect the cute bond they share.
In fact, the news was that both have been serious for each other and that Zaheer Khan popped the question about their relationship to which the Chak De! girl Sagarika said Yes.
Well! This seems interesting for the people and let’s wait till we get an official announcement from the two.