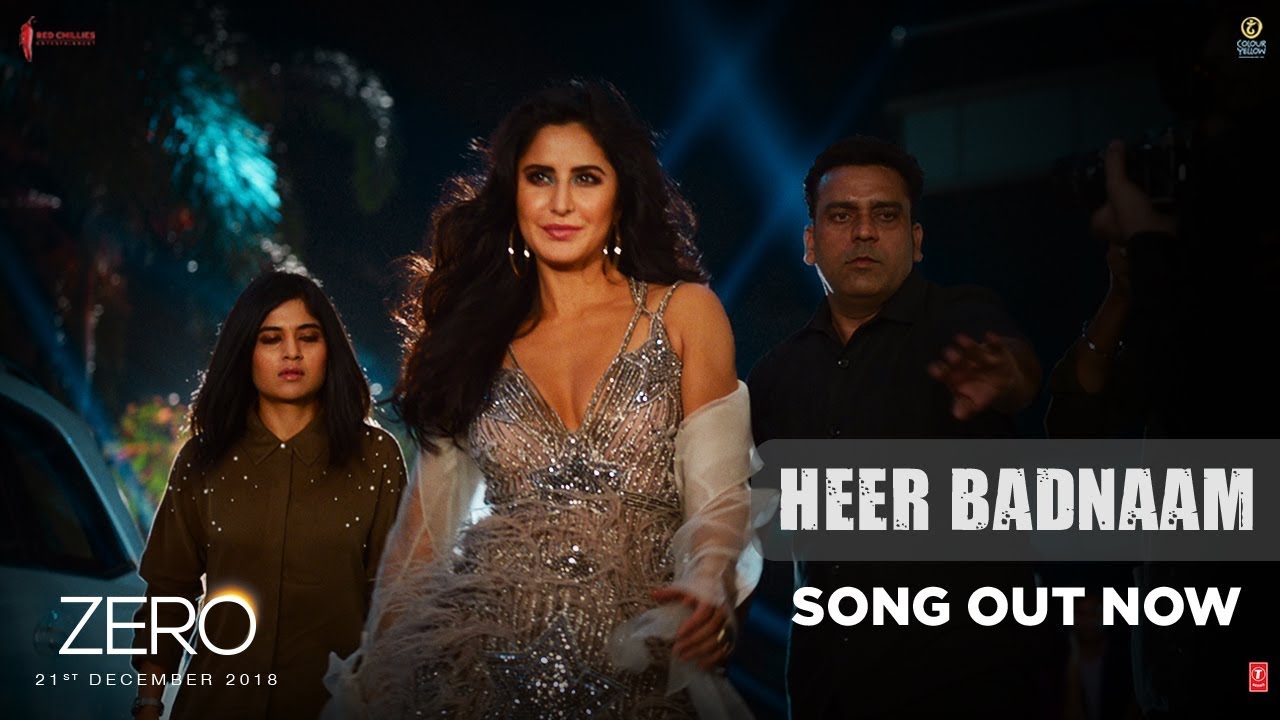 While the much talked about Shah Rukh Khan starrer ‘Zero’ is all set to hit the screens tomorrow, the makers of the film have released yet another interesting song ‘Heer Badnaam’ giving a glimpse into the troubled yet envied life of Katrina Kaif as Babita Kumari.

Katrina Kaif plays the role of a Bollywood Superstar Babita Kumari in the Aanand L Rai directorial Zero. Babita Kumari who leads an extremely glamorous life and is the hearth throb of the nation, however, battles her won issues. While the trailer gave glimpses into the alcoholic habits of the actress, the latest song further reveals facades of her character.

The video showcases the relationship between Bauua played by Shah Rukh Khan and Babita Kumari. Bauua is seen taking care of the actress as she loses herself to alcohol.

Interestingly, Abhay Deol who makes a special appearance in the film is seen playing a pivotal part in Babita Kumari’s life which affects Katrina’s character.

Composed by Tanishk Bagchi, Heer Badnaam is crooned by Romy and penned by Kumar.