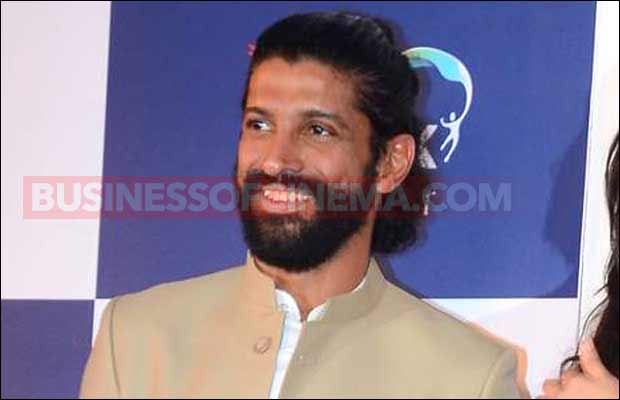 [tps_footer]Multi-talented celebrity Farhan Akhtar is currently busy with his upcoming film ‘Wazir’. The amazing actor, singer, and much more who is applauded for his choice of works and films is thinking to give rise to the sequel of movie ‘Zindagi Na Milegi Dobara’. Farhan rocked the tinsel town with his ‘Don’ series, the mind blowing actor received laurels for his execution. However, with ‘Zindagi Na Milegi Dobara’, seems like Farhan is keen to launch another series.

The superstar who is out of the number race and is not restricted to one field, Farhan Akhtar, has earned positive reviews for every project, be it acting, singing, lyrics, direction etc. However, rumors making rounds suggest that Farhan is all geared up to launch the ‘Zindagi Na Milegi Dobara’ sequel. The mind blowing artist is on the search for a strong concept for the same. The 2011 film ‘Zindagi Na Milegi Dobara’ was directed by Farhan’s sister Zoya Akhtar, we wonder who will be the one behind the cameras for the sequel.

No official announcement or declaration for the same has been made, but rumor mills suggest that Farhan Akhtar is extremely keen for the second part. Farhan was much in news lately, when reports about the third franchise of ‘Don’ made rounds. Nevertheless nothing concrete was announced after the same.

The film ‘Zindagi Na Milegi Dobara’ created a new trend in the industry with its innovative story. The movie depicted a road trip which had three best friends. With a promising star cast the film gained amazing box office collections.

Well, we are sure that audience would love to see the sequel of ‘ZNMD’. Farhan Akhtar is currently busy with his film ‘Wazir’ which stars Amitabh Bachchan, Aditi Rao Hydari in lead roles. The film is scheduled to release on 8th January, 2016. Farhan will also be seen in the film ‘Rock On 2′, which is a sequel to the film Rock On.[/tps_footer]