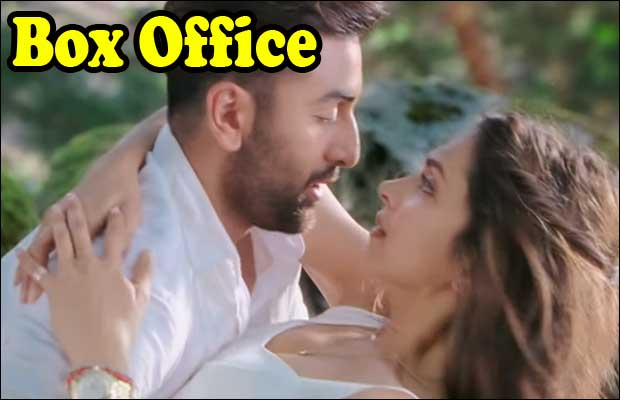 [tps_footer]Bollywood film ‘Tamasha’ starring Ranbir Kapoor and Deepika Padukone experienced a major fall on its first Monday business at the box office. The film was having steady growth during the weekend but after such a splendid performance, Monday collections for the film have gone down drastically. The film collected Rs. 5.07 crores net approx (Rs. 50.7 million) on its first Monday. ‘Tamasha’ has experienced a downfall of more than 60% compared to its Sunday performance.

Regardless the huge fall on Monday the film is on to something good here as the start of its first weekday run is pretty good. If ‘Tamasha’ manages to keep this same pace throughout the weekdays the film has a very good chance of touching at least a 60 crore mark before the second weekend starts. 100 crore club seems to be a long shot for the film but nothing can be said as this weekend also the film will not be facing a lot of competition.

The performance given by both Ranbir Kapoor and Deepika Padukone has added fuel to the fire which was already ignited through endless promotional activities undertaken by the two. All the credit is being given to the sizzling chemistry between Ranbir Kapoor and Deepika Padukone. Now we wait to see how soon ‘Tamasha’ manages to touch the Rs. 50 crore mark at the box office.[/tps_footer]