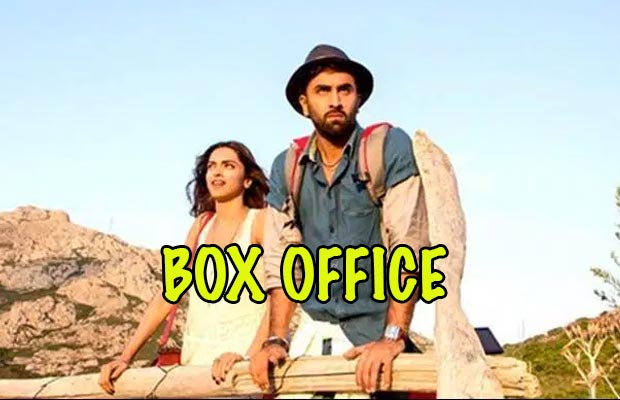 [tps_footer]Bollywood film ‘Tamasha’ starring Ranbir Kapoor and Deepika Padukone is on a steady run on its first weekdays at the box office. After the dip in Monday collections, it seems like the pace is further slowing down as Tuesday collections have fallen lower. However that much is expected from weekday business and the film is steady heading towards the 50 crore mark which it should achieve before the second weekend. ‘Tamasha’ collected Rs. 4.25 crores net approx on Tuesday (Rs. 42.50 million).

‘Tamasha’ is expected to have a first week run of around Rs. 55 crores net approx if it manages to have steady collections instead of a huge dip suddenly. The film might face a little competition from ‘Hate Story 3′, although both the films cater to separate audiences so chances of clash is less. However the film will definitely be affected significantly by the release of ‘Hate Story 3’ coming Friday as the number of screens will reduce drastically.

The performance given by both Ranbir Kapoor and Deepika Padukone has added fuel to the fire which was already ignited through endless promotional activities undertaken by the two. All the credit is being given to the sizzling chemistry between Ranbir Kapoor and Deepika Padukone. Now we wait to see how soon ‘Tamasha’ manages to touch the Rs. 50 crore mark at the box office.[/tps_footer]