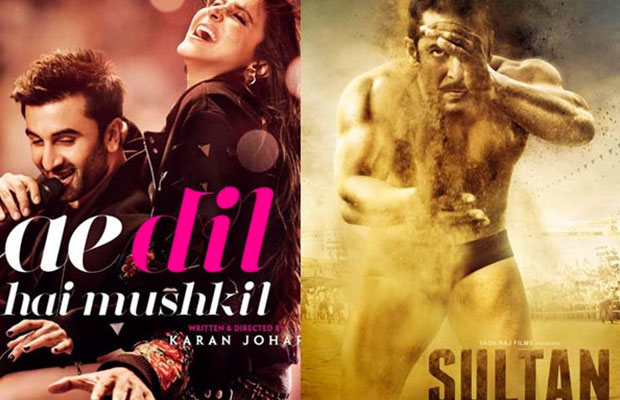 Karan Johar’s Ae Dil Hai Mushkil and Ajay Devgn’s Shivaay are battling and giving neck-to-neck competition to each other at the Box Office. It’s been almost two weeks and both the films are doing good business at the Box Office. Karan Johar’s romantic drama film starring Aishwarya, Ranbir Kapoor, Anushka Sharma and Fawad Khan in the lead roles has mint huge numbers in domestic as well as in international market. The film is now aiming to be the second highest worldwide film of the year.

Ae Dil Hai Mushkil is inching closer to Rs 200 crore which means the film might overtake Akshay Kumar’s Airlift and Rustom on the 2016 worldwide list. The romantic drama film has turned out to be SUPER HIT in the overseas market.

On the other hand, Ajay Devgn’s Shivaay has also made to the top 10 list of highest worldwide of 2016. The film has grossed 120 crores approx in ten days worldwide. The top ten worldwide grossers of 2016 are as follows.