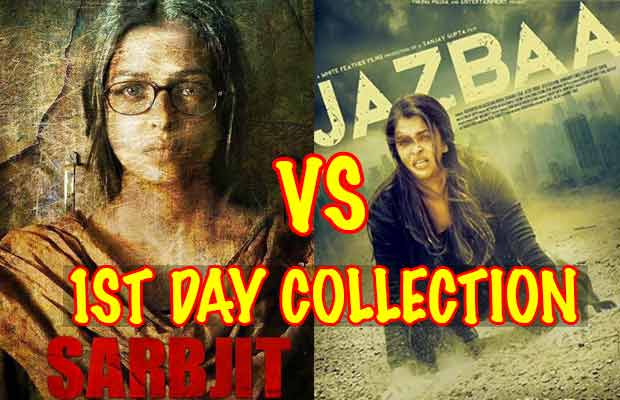 The film, which is based on a true story of late Sarabjit Singh, has scored lower than expected on its first day and has managed to collect Rs 3 crore nett (30 million). Compared to Aishwarya’s last film, ‘Jazbaa’ had collected Rs. 3.75 crores net approx (37.5 million). Comparing the first-day collection of both the films, the first-day collection is close enough, which shows that Jazbaa and Sarbjit both scored less than expected at the Box Office.

‘Jazbaa’ being Aishwarya Rai Bachchan’s comeback after a long time had raised the audience’s anticipation but failed to mint good numbers at the Box Office. On the other hand, based on a true story and hard hitting promotions, Sarbjit was below average on the first-day of its release.

Well, it is very much important for Omung Kumar’s Sarbjit to show a good growth at the Box Office during the weekend. The film can run well at the Box Office depending on the word of mouth and it remains to see if the film picks up the pace during weekend.[/tps_footer]