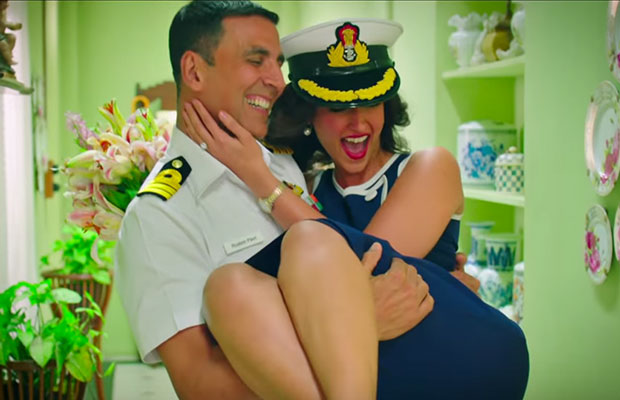 [tps_footer]‘Rustom’ has been one of the most successful films for Akshay Kumar. The movie is the second blockbuster of the year after Salman Khan starrer film ‘Sultan’. Featuring Akshay Kumar, Ileana D’Cruz and Esha Gupta in lead roles, ‘Rustom’ has created a high benchmark for itself at the box office. The movie has also raised the competition level for other upcoming releases.

Directed by Tinu Suresh Desai the film is based on the sensational Nanavati case. The film has not only created laurels in the Indian market but it has also earned amazingly well in the worldwide circuit. Akshay– Ileana starrer film has received mind blowing reviews for its intriguing plot. The movie is second to ‘Sultan’ in highest worldwide grossers of the year 2016 in the first week.

The mysterious film earned 153.06 crore net approx. in the worldwide front beating Shah Rukh Khan’s ‘Fan’. ‘Rustom’ is the first Akshay starrer film which has crossed the mark of 150 crore in such a less time.

Even after the second weekend, the film is garnering a good amount of viewers at the screens. ‘Rustom’ released with another big movie ‘Mohenjo Daro’ which stars Hrithik Roshan and Pooja Hegde. The Akshay–Ileana film might beat the record of ‘Airlift’ in a few days.

With a high earning in the overseas market and home front ‘Rustom’ is undoubtedly going to beat many records.[/tps_footer]