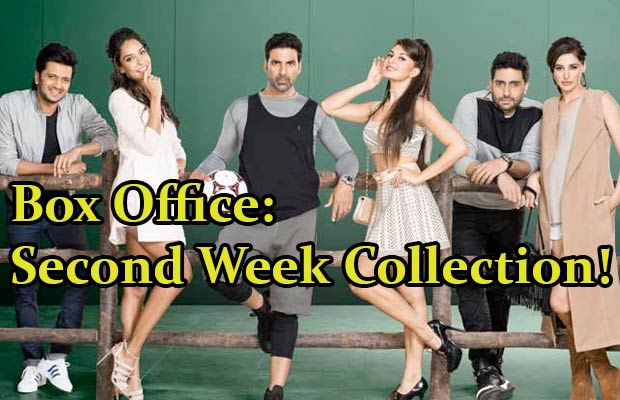 [tps_footer]The multi starrer comedy film ‘Housefull 3′ has done a credible business at the box office. The film starring Akshay Kumar, Riteish Deshmukh, Abhishek Bachchan, Jacqueline Fernandez, Lisa Haydon and Nargis Fakhri in lead roles has finally surpassed its second weekend at the box office. The critics did not praise the film a lot, but the collections have been impressive.

The film ‘Housefull 3′ is the third installment of the ‘Housefull’ franchise. The past two movies in the same lot have been successful, and the same goes for the third one too. With a comic genre the movie attracted many viewers at the screens. Lack of competition from any other Bollywood movie worked in the favor of the film.

After earning the title of the highest first week earner of the year there is no stopping for ‘Housefull 3′. The earnings of the film have been more than expected and the movie is still seeing good amount of audience at the screens. The total collection of the film has already come to Rs. 95 crore net approx. It can be said that ‘Housefull 3′ will effortlessly join the three figure club in this week.[/tps_footer]